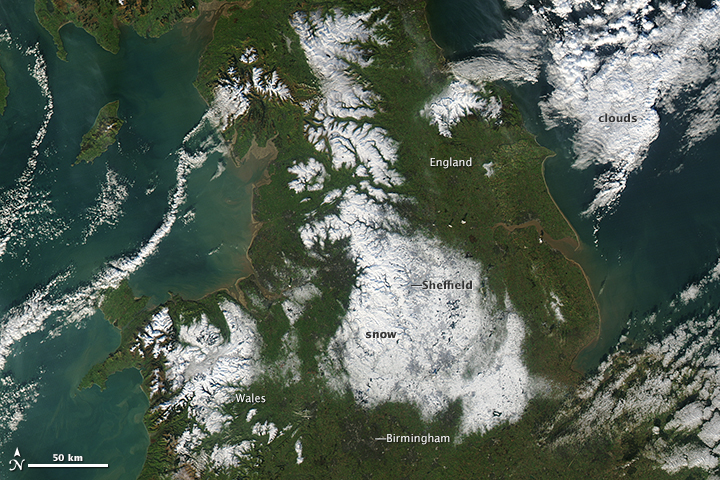 One way to better distinguish snow from clouds is with false-color imagery. In the scene pictured here, snow is red and clouds are white.

Snow in Great Britain and Ireland