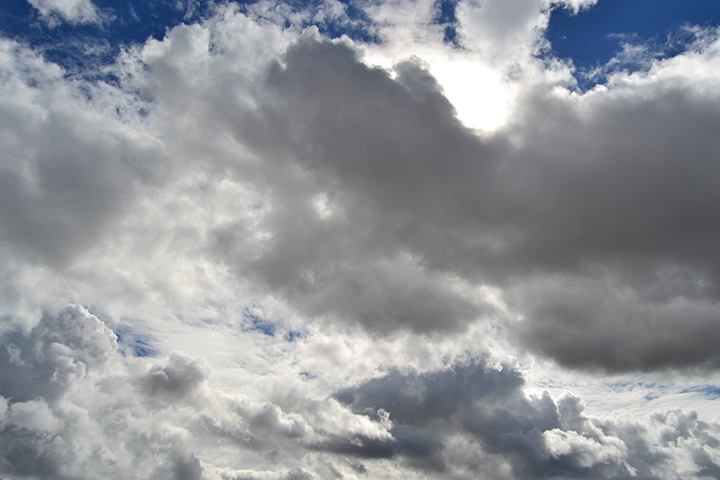 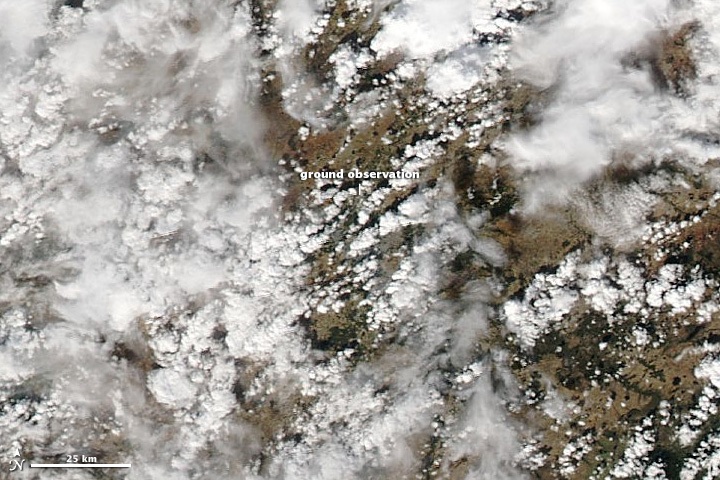 Cloud lovers—and really, who doesn’t love to look at clouds—take note. With just the click of a camera and a few more on your computer, you can contribute to an effort to improve understanding of how clouds affect Earth’s climate.

Your role is to provide “ground truth” for satellite data by making observations from the ground. In other words, you will photograph clouds from below at the same time a satellite observes them from above. With such simultaneous satellite and ground observations, scientists can compare the two perspectives to determine if satellites are missing any important details. The combination offers a more complete picture, and it provides a better basis for global records of clouds.

To join the effort, navigate to NASA Langley Research Center’s citizen science website. One of your first tasks will be to find out when NASA satellites will be passing over your location. After entering your latitude and longitude, NASA Langley will send back a list of overpass times for the satellite you selected. Some, like CloudSat and CALIPSO, only see a small sliver of the Earth on each orbit, so there may be as many as 16 days between overpasses. Other sensors, like the Cloud and Earth’s Radiant Energy System (CERES) sensors on the Aqua, Terra, and Suomi NPP satellites, observe a much broader area and make observations of nearly every part of Earth every day.

The next step is to observe your clouds from the ground. You will take photographs and notes about features like cloud type, cloud height, cloud cover, and visual opacity. For instance, a citizen scientist from Valladoili, Spain, took the photograph shown above of what appears to be scattered mid-level altocumulus, stratocumulus, and higher-level cirrus clouds on October 12, 2014. The clouds were associated with an extratropical storm arriving from the west.

After you submit your photos and observations, NASA Langley will send back links to the corresponding satellite data. For instance, the Valladoili was matched to satellite data from CloudSat and Aqua; the image from Aqua (above) was captured just two minutes after the photograph was taken. Notice how the same popcorn-like structure that defines cumulus clouds is present in both images. The last step is to share your most beautiful or interesting cloud images with Sky Art, an online community inspired by photography of the atmosphere and by NASA Earth science missions.

Why is it so important to compare observations of clouds? Since clouds cover about 60 percent of the globe at any given time, they play a major role in regulating climate. Some cloud types reflect solar radiation and others trap it, directly affecting heating and cooling of the atmosphere. As Earth heats up due to increasing amounts of carbon dioxide and other greenhouse gases in the atmosphere, the distribution of clouds could change in ways that amplify or counteract global warming. 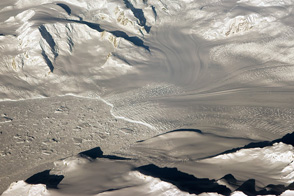