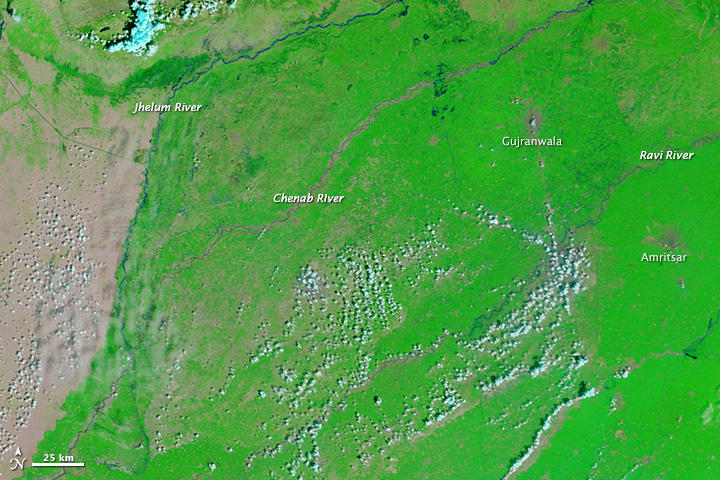 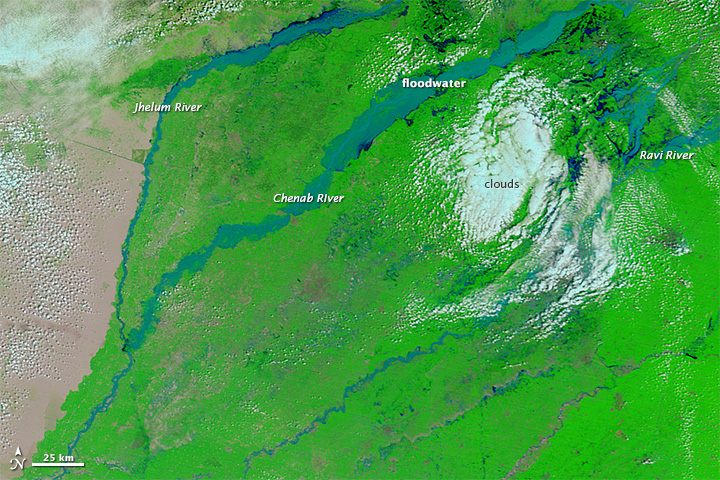 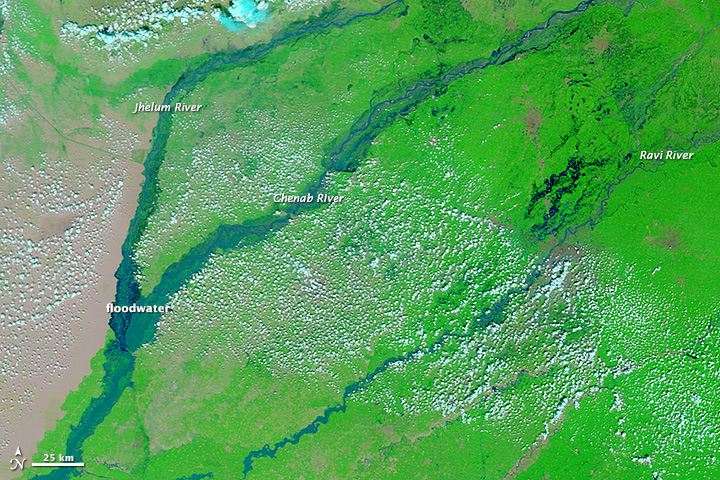 With rainfall totals well below normal in northeastern Pakistan through September, the 2014 monsoon season was looking to be a relatively quiet one. Then torrential downpours dropped 12 inches (305 millimeters) of rain in the India-Pakistan border region of Jammu and Kashmir between September 3 and 7. As the resulting surge of floodwater has pushed its way down the Jhelum, Chenab, and Ravi rivers, the damage has been severe, even for a region that has grown accustomed to seasonal monsoon floods. Floodwater has inundated more than one thousand villages, killed several hundred people, and displaced nearly two million residents. And with it only partway down the rivers, those numbers are expected to rise.

The Moderate Resolution Imaging Spectroradiometer (MODIS) on NASA’s Terra satellite captured these images showing the progression of flooding on August 31, September 7, and September 11, 2014. The top image shows the area, a few days before the rains arrived. Between September 7 and 11, the images show the pulse of water moving a few hundred kilometers downstream, putting it closer to the confluence of the Jhelum and Chenab Rivers. All three false-color images were made from a combination of infrared and visible light (MODIS bands 7-2-1). Water varies in color from blue to black; vegetation is bright green; and bare ground is brown. This band combination makes it easier to spot changes in river dimensions.

Floods occur frequently in Pakistan, and in the past few years, the country has faced devastating flooding in some region in every monsoon season. The years 2010–2013 all landed in the top five of the country’s most expensive flood years, according to Weather Underground meteorologist Jeff Masters. The 2010 floods were especially severe, causing nearly 2,000 deaths and $10 billion in damage.