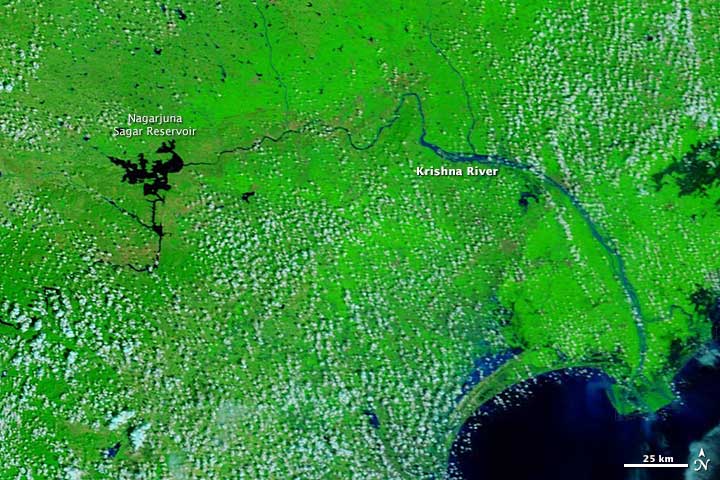 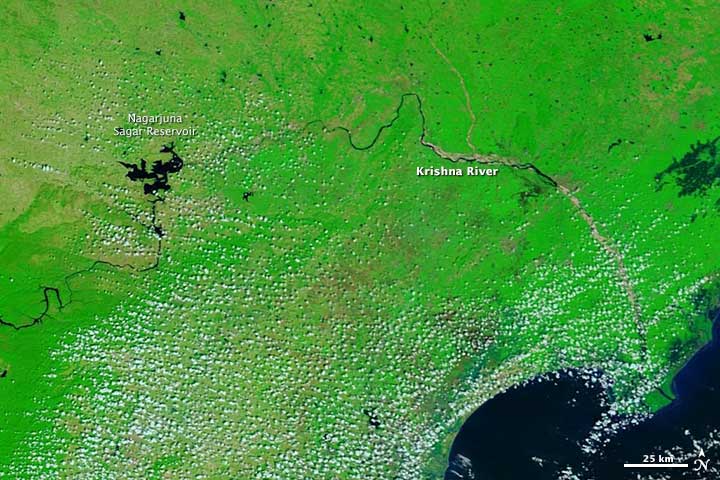 Several days of torrential rain combined with Tropical Cyclone Phailin to cause widespread flooding in southeast India. As of October 27, the floods forced more than 70,000 people to evacuate low-lying areas, according to the Associated Press.

Flooding is evident in along the Krishna River and its tributaries in the top false-color image, acquired by the Moderate Resolution Imaging Spectroradiometer (MODIS) on NASA’s Terra satellite on October 28, 2013. Additional flooding is visible along the coast and around Nagarjuna Sagar Reservoir. The lower image, taken by Terra MODIS on October 27, 2012, shows normal conditions for this time of year. The images combine visible and infrared light so that water is black and dark blue, clouds are light blue and white, and plant-covered land is bright green.