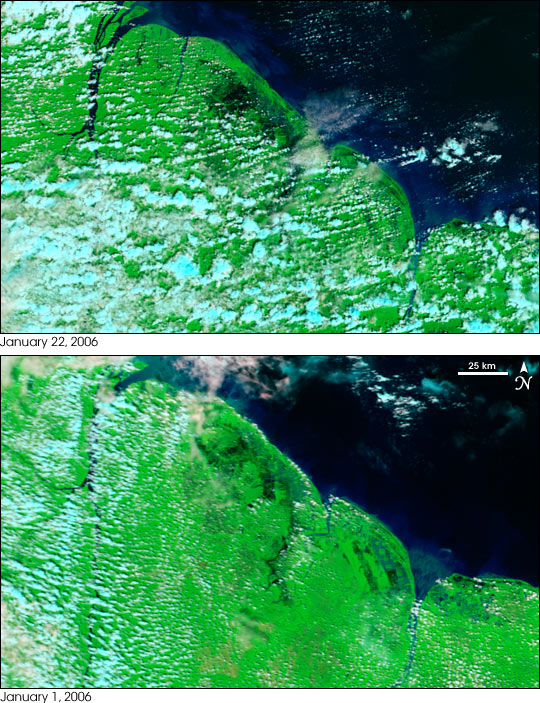 Heavy rain fell over Guyana during the latter half of January 2006, bringing flooding to the coastal regions of the South American country. The floods threatened the loss of thousands of acres of rice, the Red Cross reported. The Moderate Resolution Imaging Spectroradiometer (MODIS) on NASA’s Terra satellite captured this image of the floods on January 22, 2006. The lower image shows the area on January 1, 2006. In the false-color images, water is dark blue or black, clouds are light blue, and plant-covered land is bright green. The wetlands near the coast, already dark with water on January 1, had expanded by January 22.

January 2006 marks the second year running that Guyanese coastal cities have faced severe floods. In 2005, the roughly month-long floods affected more than 150,000 people. The 2006 floods had impacted an estimated 3,000 families as of January 26, according to Red Cross reports.