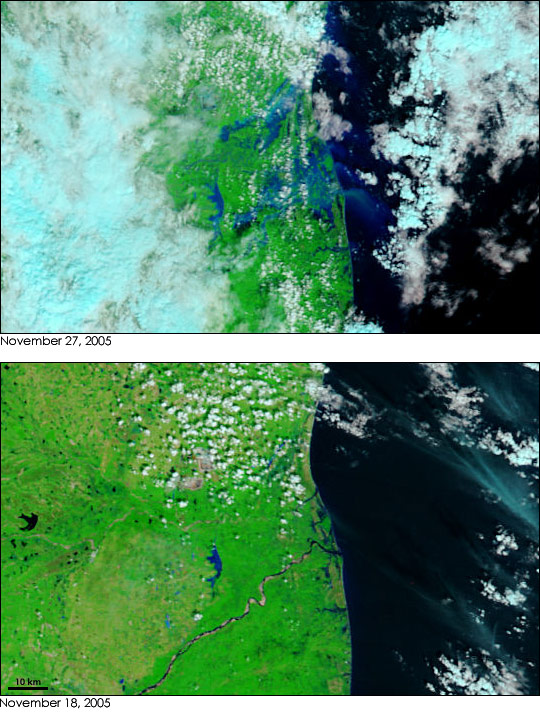 Days of persistent rain caused widespread flooding in Southern India’s Tamil Nadu state in late November 2005. The Moderate Resolution Imaging Spectroradiometer (MODIS) on NASA’s Terra satellite captured these two images, which contrast conditions before the floods on November 18, lower image, and during the floods on November 27, top. The images are shown in false color to make water easier to see. In this color combination, water is dark blue or black, plant-covered land is green, clouds are pale blue and white, and bare earth is tan.

The images focus on the mouth of the Kollidam River, though the floods extend over a much larger region. Swollen with water, the river and other streams emptying into the Bay of Bengal spread across a wide section of the coast. This same section of coast was also impacted by the December 2004 Indian Ocean tsunami.

According to the United Nations Development Program, well over 2 million people have been affected by flooding in Tamil Nadu. The floods have disrupted transportation and destroyed crops across the state.

The MODIS Rapid Response Team provides daily images of India in a variety of resolutions.