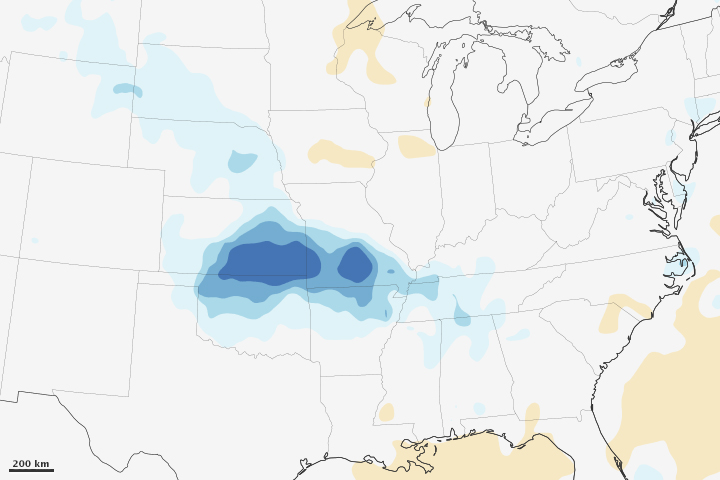 Flash floods caused widespread damage from Oklahoma to Tennessee during the first two weeks of August. The floods caused at least two deaths and damaged hundreds of homes and other structures.

This image shows rainfall anomalies—how much precipitation was above or below the norm—over U.S. Midwest and Plains states between July 30 and August 12, 2013. Dark blue areas indicate rainfall as much as 16 millimeters (0.6 inches) per day more than the average for early August. The rainfall measurements come from the Multi-satellite Precipitation Analysis, based on data from the Tropical Rainfall Measuring Mission (TRMM) satellite. Rainfall estimates are made over a very wide area, so it is possible that local rainfall anomalies were higher.

The rain occurred as a result of a persistent weather pattern that stayed over the United States for the first half of August. A low-pressure system over Canada steered storms into the central Midwest and Gulf Coast states, triggering heavy rain. In the mountains and hills of Missouri and Tennessee, the rapidly falling rain caused deadly flash floods.

August’s heavy rain came after a soggy July in which many of the affected states also received more rain than average. 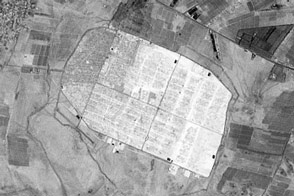