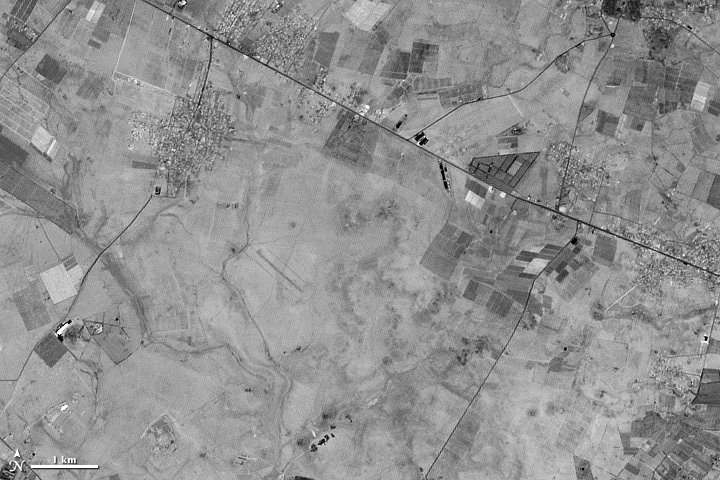 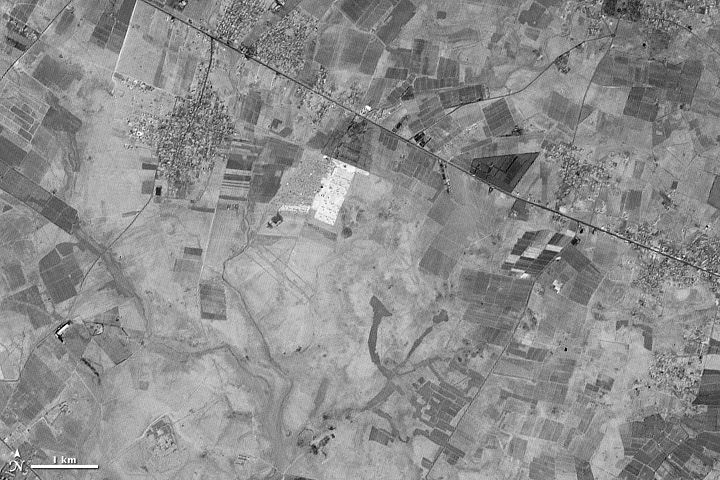 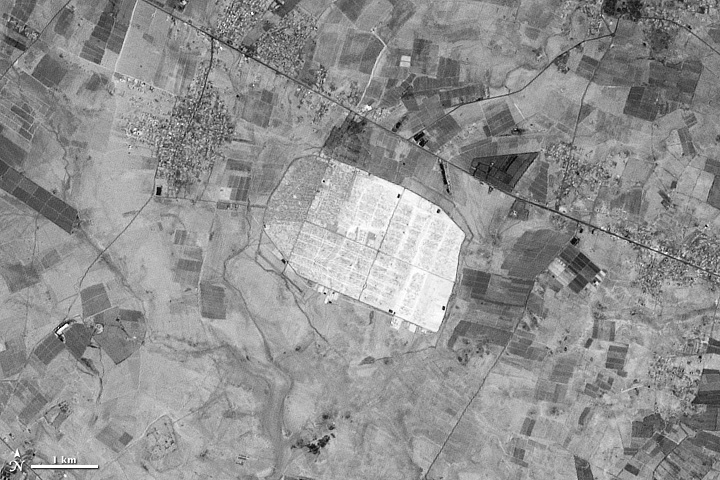 In a little over a year, it has become Jordan’s fourth largest city. Except it is not a city. It is the world’s second-largest refugee camp.

Located in northern Jordan near the border with Syria, the Zaatari refugee camp opened in July 2012 and now houses roughly 129,000 people, according to United Nations High Commission for Refugees (UNHCR). The Advanced Spaceborne Thermal Emission and Reflection Radiometer (ASTER) on NASA’s Terra satellite captured these false-color images of the area around the camp on May 30, 2009 (top), September 27, 2012 (middle), and July 19, 2013 (bottom). The camp appears brighter than its surroundings due to the white roofs of the thousands of temporary housing units.

According to UNHCR, setting up and expanding the camp has been the equivalent of building a city the size of Cambridge, England, or Fargo, North Dakota, in a single year. There are more than 1.6 million registered Syrian refugees in Jordan and neighboring nations.

In one year, the refugee camp became the fourth largest population center in Jordan.

An Earth Observatory reader used widely available software to correct the oblique perspective of an earlier photograph of Montserrat and to adjust the color. The story of how he modified the image includes step-by-step instructions that can be applied to other photographs.