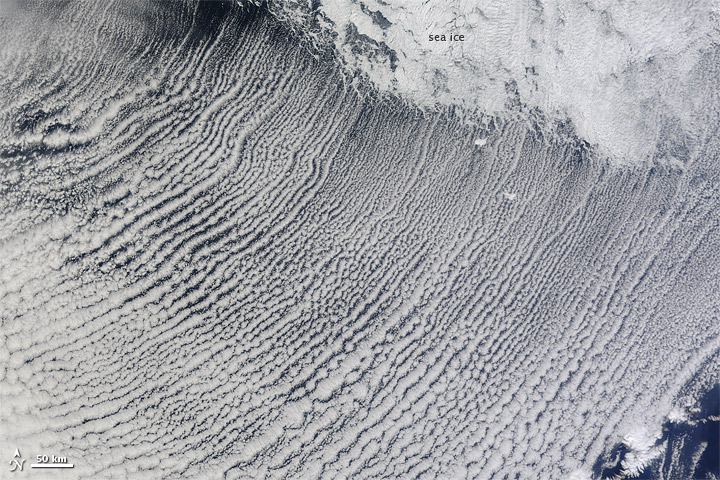 In early April 2013, clouds stretched in parallel rows for hundreds of kilometers over the Bering Sea. The Moderate Resolution Imaging Spectroradiometer (MODIS) on NASA’s Terra satellite captured this natural-color image of the phenomenon on April 7, 2013.

The parallel clouds, known as cloud streets, originated along the edge of the sea ice, which extended southward from the snow-covered expanses of Russia and Alaska. The location of the cloud formation was not a coincidence. When cold air blows over ice and snow and encounters moist air over open water, the meeting of the air masses can cause the formation of parallel cylinders of spinning air. Clouds form along the upward cycle in the cylinders, where air is rising, and skies remain clear along the downward cycle, where air is falling.

In the north, light cloud cover partially obscured the sea ice, but its characteristic tendril shapes could still be seen through the clouds.