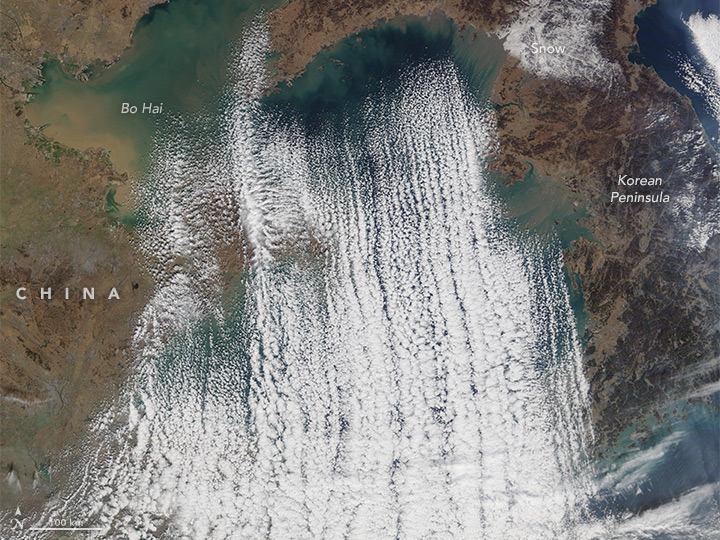 Cloud streets typically form when cold air blows over warmer water. To transport the heat away from the sea surface, columns of heated air called thermals naturally rise through the atmosphere. The air masses rise until they hit a warmer air layer (temperature inversion), which acts like a lid. The rising thermals then roll over and loop back on themselves, creating parallel cylinders of rotating air. On the upper edge of these cylinders of air, clouds form. Along the downward side (descending air), skies are clear.

According to Seok-Min Hong, an atmospheric scientist at Kongju National University in South Korea, the cold season is the right time of year to see the phenomenon unfold over the Yellow Sea. Cold, dry air from Siberia is warmed and moistened as it moves over the sea surface. But the transformation does not happen right away; it takes the air mass some time over the sea surface to pick up its the heat and moisture, which is why the region close to shore is cloud-free.

While the clouds pictured here are capable of producing snow, they are not directly related to the snow visible on the ground on the Korean Peninsula. According to Hong, snow events on the peninsula require northwesterly winds, which tend to occur from late November to mid-January. Aqua MODIS acquired an image on January 24, 2016, showing an instance when northwest winds produced cloud streets and snow on the peninsula. 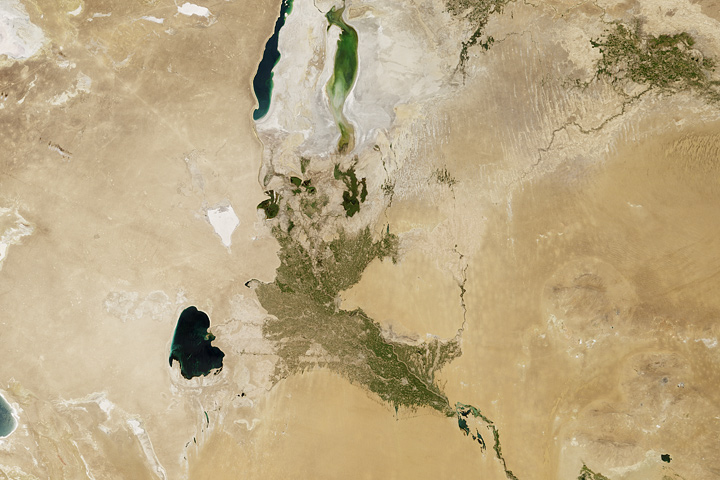