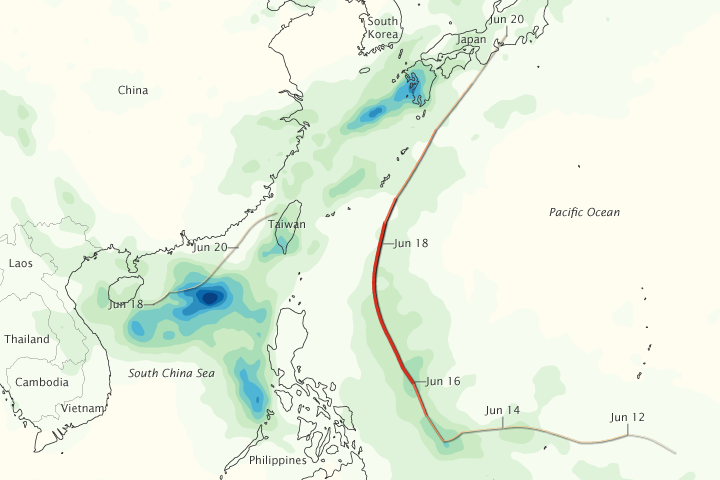 Severe tropical weather systems brought rain as well as wind to the western Pacific Ocean in June 2012. This image shows rainfall totals in the region from June 13 to 19. The heaviest rainfall—more than 600 millimeters, or 24 inches—appears in dark blue. The lightest—less than 75 millimeters or 3 inches—appears in light green. Trace amounts appear in pale yellow.

Superimposed on the rainfall totals are storm tracks, with darker shades of red corresponding with stronger storms. Guchol traveled roughly northward, east of the Philippines, and Talim skirted the coast of southeastern China. The heaviest rainfall occurred west of the Philippines and Taiwan, and southwest of Japan. A band of moderately heavy rain also followed the track of Guchol.

Guchol formed as a tropical depression over the western Pacific Ocean on June 11, 2012, and strengthened to a typhoon.