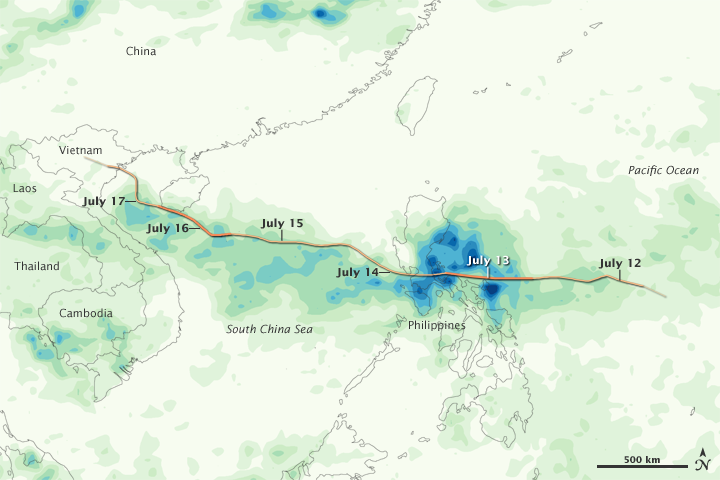 Conson, which ranged in intensity from a tropical depression to a typhoon, formed east of the Philippines on July 11, 2010, and began heading west. After bringing deadly rains to the Philippines, the storm continued toward Southeast Asia. On July 12 and again on July 15, Conson reached typhoon strength, in both cases remaining a typhoon for hours.

Superimposed on the rainfall amounts is a storm track for Conson. Darker shades of orange indicate greater storm strength. The greatest storm intensities occur over the Philippines, and just west of Vietnam and south of the island of Hainan.

In addition to rain along the storm track, heavy precipitation also appears in southern Cambodia and Thailand, and in mainland China. China had already experienced severe flooding before the arrival of Conson.