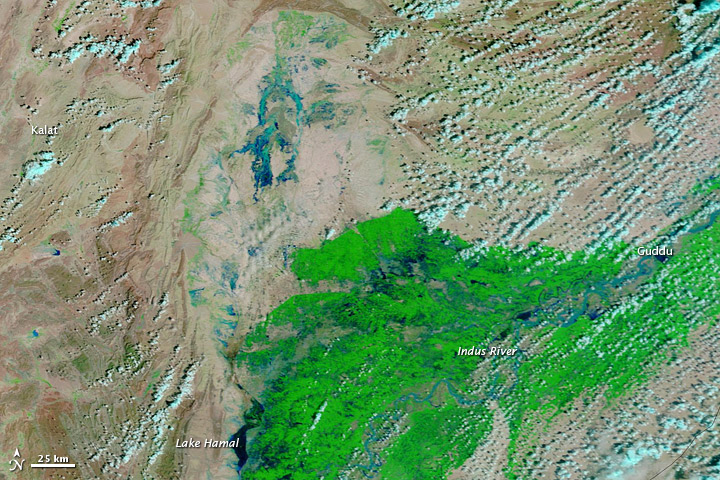 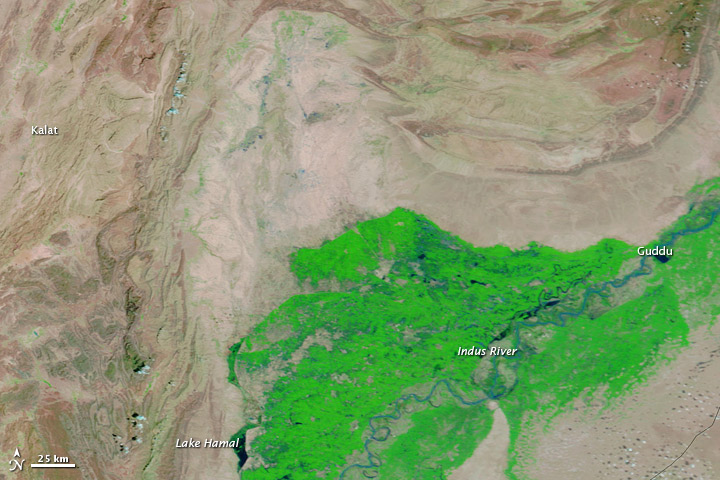 These images use a combination of infrared and visible light to increase contrast between water and land. Water varies in color from electric blue to navy. Vegetation is green and bare ground is pinkish brown. Clouds are pale blue-green and cast shadows.

The most obvious difference between these images is the standing water northwest of the Indus River in 2011. East of Kalat, the water rests on sparsely vegetated land. West of Guddu, the higher water rests inside an irrigation network connected to the Indus River. Water is also visibly higher in Lake Hamal.

The BBC reported that floods affected at least 5 million people across Pakistan, and many rice, cotton, and sugar cane crops had been lost. Meanwhile, Punjab, Balochistan, and Sindh were expecting heavy rain to continue for at least a few more days, according to local news sources.