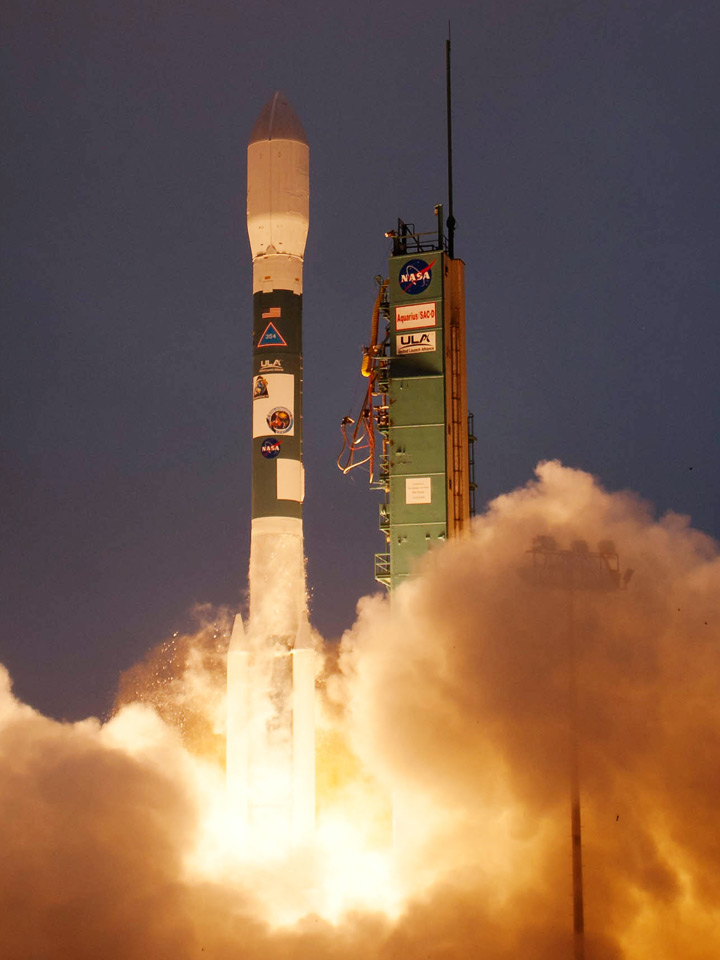 In mythology and astrology, Aquarius is known as the water-bearer. For NASA, Aquarius is the space agency's first new Earth-watching tool—actually, water-watching—since 2008.

At 7:20:13 a.m. Pacific Daylight Time on June 10, 2011, the Aquarius/SAC-D observatory was launched on a Delta II rocket from Vandenberg Air Force Base in California. About an hour later, the satellite separated from the rocket's second stage, established communication with ground controllers, and unfurled its solar arrays. Initial reports showed the observatory to be in excellent health, and operators will spend the next few weeks maneuvering it into a polar orbit and turning on the sensors.

The satellite is a joint project of Argentina's Comision Nacionale de Actividades Espaciales, NASA's Jet Propulsion Laboratory, and NASA's Goddard Space Flight Center. The full name of the spacecraft is the Satelite de Aplicaciones Cientificas-D, or SAC-D. Aquarius is a key instrument that will make NASA's first space observations of the salt content, or salinity, of the ocean.

Salinity has traditionally been measured from ships and robotic ocean sensors. Aquarius will map the open ocean once every seven days for at least three years, allowing scientists to make the first global maps of salinity in the surface layer. Observing changes in salinity helps scientists understand ocean circulation and currents, the global water cycle, and other fundamental features of the seas.

In addition to Aquarius, SAC-D carries seven instruments that will monitor natural hazards and collect a broad range of environmental data. Other mission partners include Brazil, Canada, France and Italy. 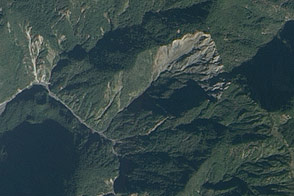 Scientists from NASA are cruising on a research vessel from Tasmania to Tahiti by way of the Southern Ocean. Their objective: gather detailed measurements of Pacific sea water that will be used to validate satellite measurements

A Measure of Salt

One year after its launch, the Aquarius instrument is giving ocean sciences its first global view of sea surface salinity.