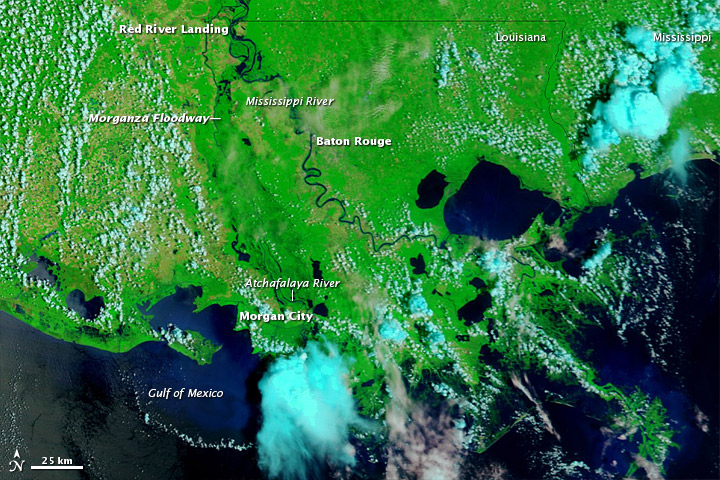 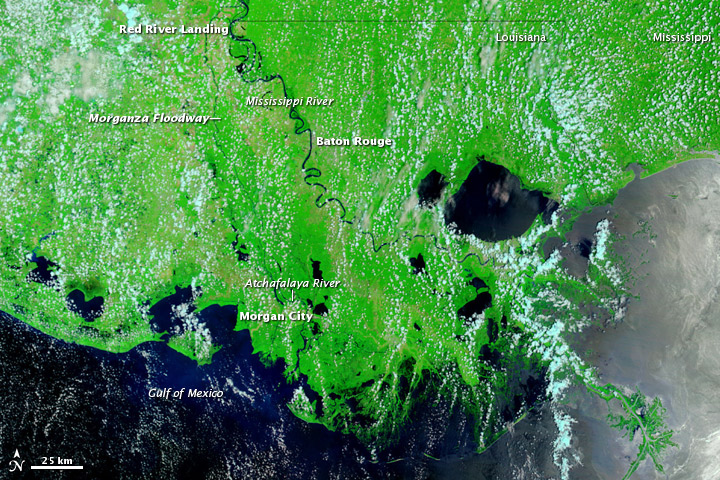 Flood conditions lingered along parts of the Mississippi and Atchafalaya Rivers in Louisiana in early June 2011. On June 9, 2011, the Advanced Hydrological Prediction Service (AHPS) of the U.S. National Weather Service reported major flooding at Baton Rouge, and moderate flooding at Red River Landing and Morgan City.

The Moderate Resolution Imaging Spectroradiometer (MODIS) on NASA’s Terra satellite captured these images on June 8, 2011 (top), and June 9, 2010 (bottom). Both images use a combination of visible and infrared light to increase contrast between water and land. Water in and around the Mississippi River is navy blue. Land varies in color from brown to green, depending on vegetation. Clouds vary from off-white to blue-green. In June 2011, high water is especially visible near Red River Landing, and in the Morganza Floodway.

In the 2010 image, the light color of the ocean water along the right edge of the image is probably part of the oil slick in the Gulf of Mexico, highlighted by the Sun’s reflection on the ocean surface.