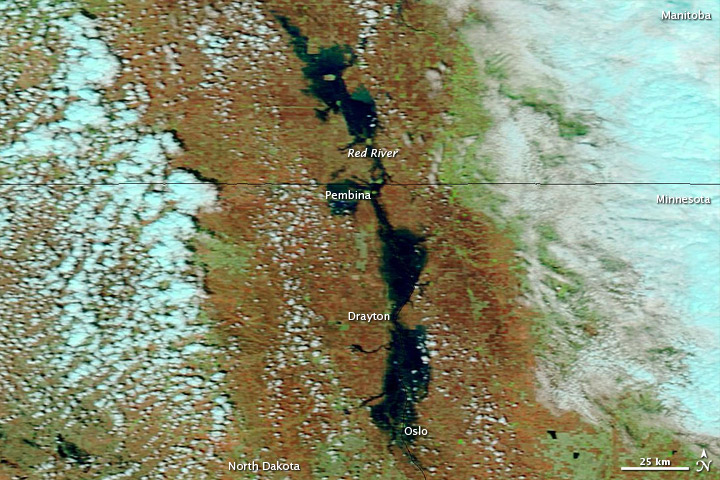 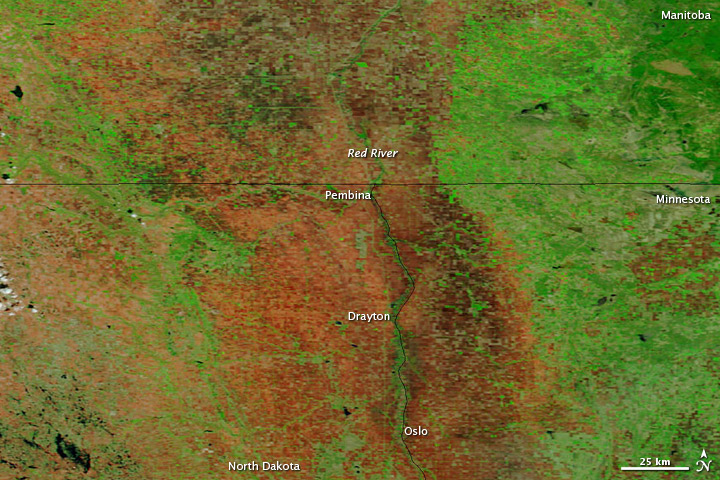 The Moderate Resolution Imaging Spectroradiometer (MODIS) on NASA’s Terra satellite acquired these images on May 7, 2011 (top), and May 14, 2010 (bottom). Both images use a combination of infrared and visible light to increase the contrast between water and land. Water appears navy. Clouds appear pale blue-green. Vegetation is green, and soil is earth-toned.

No flooding is apparent in the image from 2010. But in 2011, the Red River has spilled over its banks from Oslo northward into Manitoba. Spring flooding along the Red River and other rivers affected many parts of that province, the Canadian Broadcasting Corporation reported.