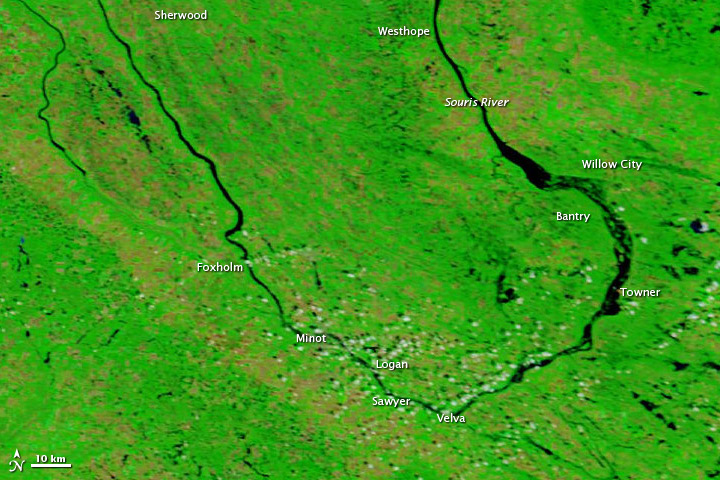 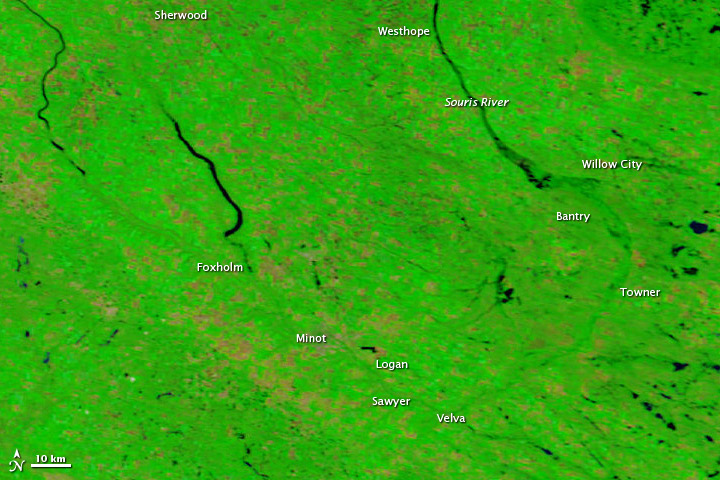 The Souris River remained high in North Dakota in early July 2011, with several communities along the river experiencing varying degrees of flooding. The Moderate Resolution Imaging Spectroradiometer (MODIS) on NASA’s Terra satellite captured the top image on July 7, 2011. For comparison, the bottom image shows the same area the previous year, on July 4, 2010.

Both images use a combination of visible and infrared light to increase contrast between water and land. Water is navy blue. Depending on land cover, areas not under water are green or earth-toned. Clouds are nearly white and cast shadows.

The Souris River originates in the Canadian province of Saskatchewan. It follows a southward loop through North Dakota before flowing into Manitoba. In the image from July 2010, the Souris River is low enough to disappear from MODIS’ view between Foxholm and Bantry. One year later, the river is clearly visible throughout its southern loop.

On July 7, 2011, the Advanced Hydrological Prediction Service (AHPS) of the U.S. National Weather Service reported major flooding in or near the communities of Foxholm, Minot, Towner, and Bantry. The AHPS reported moderate flooding in Sherwood, Logan, and Sawyer, and minor flooding in Velva and Willow City.

Record flooding occurred in Minot in late June 2011. By July 7, even though the Souris River remained at major flood stage, its water level had dropped several feet, the AHPS reported.

Flooding in the Lake Winnipeg Watershed 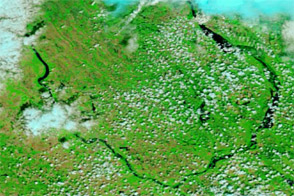 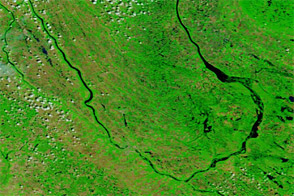