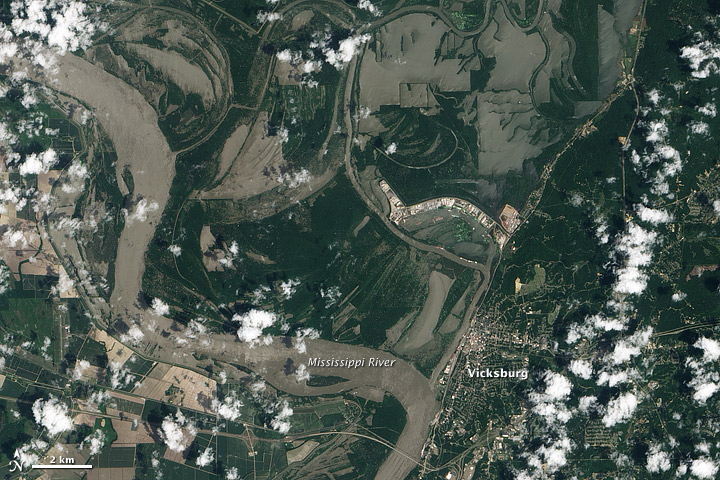 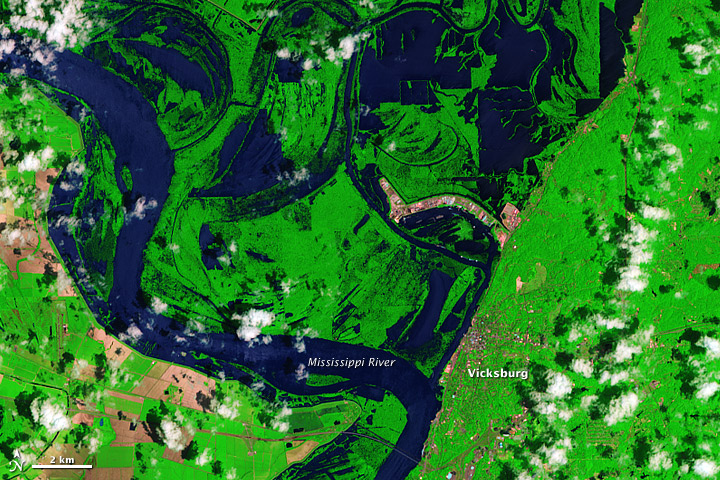 The Mississippi River was rising quickly in Vicksburg, Mississippi, when the Advanced Land Imager (ALI) on NASA’s Earth Observing-1 (EO-1) satellite captured this image on May 10, 2011. The river was at 52.68 feet at 11:00 a.m., close to the time the image was taken. The top image shows the flooded region in natural color. The muddy Mississippi appears textured in places, a testament to the turbulent flow of the swollen river.

The lower image shows the same scene in a combination of infrared and visible light to provide contrast between muddy brown water and exposed earth. In the lower image, water is dark blue, while bare earth is tan, and plant-covered land is green.

In the days after the image was taken, water levels continued to rise in Vicksburg. By 9 a.m. on May 12, the river had reached 54.51 feet and was still rising. The river reached flood stage at 43 feet, and major flood stage at 50 feet. The record is 56.2 feet, reached on May 4, 1927. The National Weather Service expects water levels to rise to about 57 feet in coming days.

The Mississippi River is rising around Vicksburg, Mississippi, in this image taken on May 10, 2011.