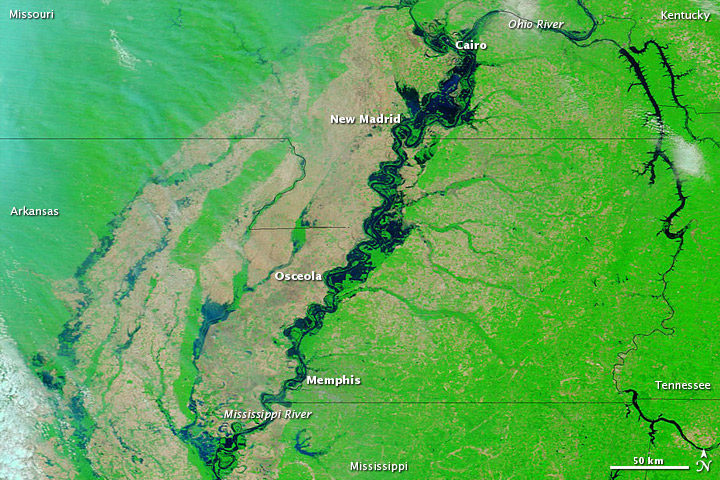 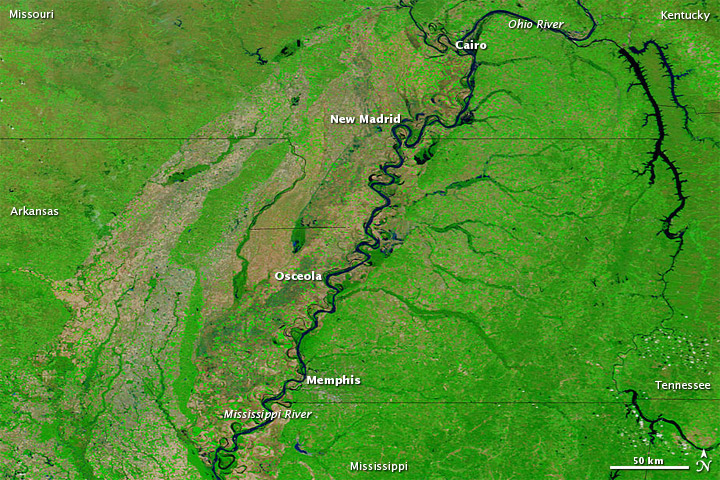 The Moderate Resolution Imaging Spectroradiometer (MODIS) on NASA’s Terra satellite acquired the top image on May 20, 2011, and the bottom image on April 14, 2011. Both images use a combination of visible and infrared light to increase contrast between water and land. Water ranges in color from electric blue to navy. Vegetation is green. Bare ground is brown. Clouds are pale blue-green.

The image from April shows the Mississippi River before the levee breach that spared Cairo, Illinois, but flooded a portion of Missouri. The May 20 image shows water lingering in that floodway, as well as visibly higher water in the Mississippi River, from Illinois southward.

The Mississippi River is rising around Vicksburg, Mississippi, in this image taken on May 10, 2011.