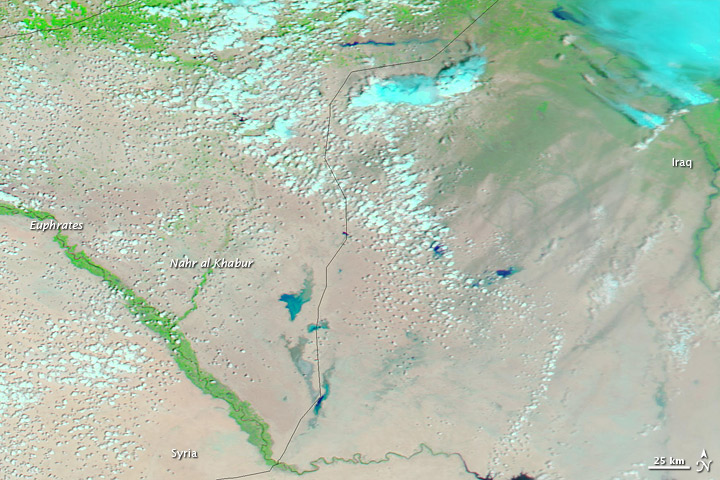 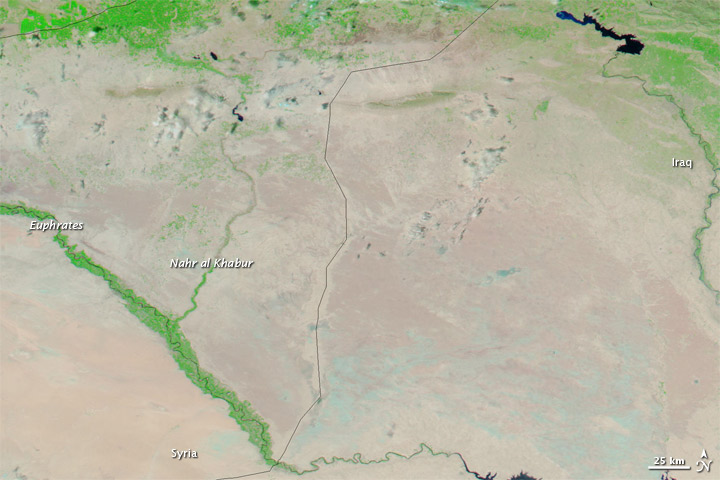 Floods struck northeastern Syria in late April 2011. The country’s state-run news agency reported that 26 villages were flooded and five children, all from one family, died in the floods. The news agency also reported that the high waters apparently originated in Iraq.

Both images use a combination of visible and infrared light to increase the contrast between water and land. Water ranges from electric blue to navy. Vegetation is green. Bare ground is pink-beige. Clouds are blue-green, and some of them cast dark shadows onto the land surface below. Areas of standing water—not visible 10 days earlier—appear on April 26. A long, thin line of standing water runs east-west near the top edge of the image. Large pools of standing water also appear east of the confluence of the Nahr al Khabur and Euphrates Rivers.

Acquired April 26, 2011, and April 16, 2011, these false-color images show the Syria-Iraq border before and after floods affected northeastern Syria.