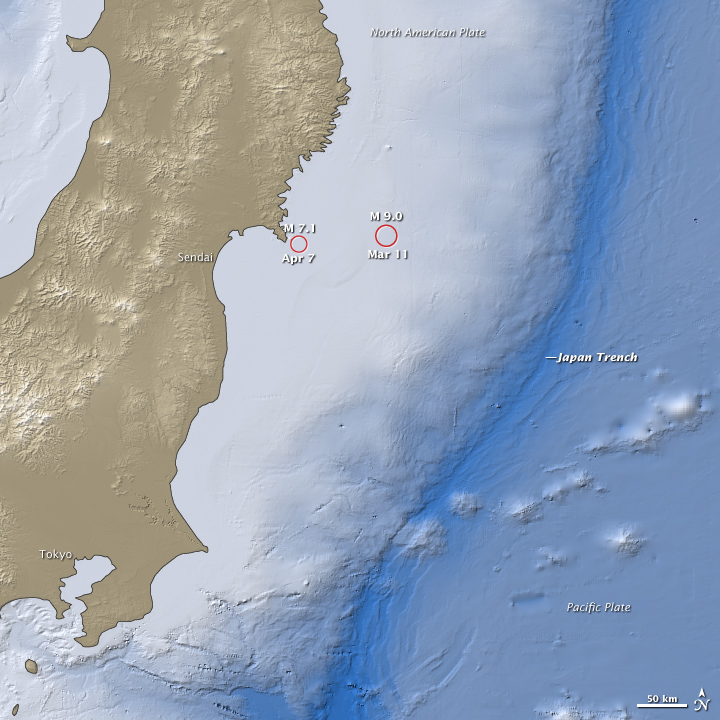 Since the massive magnitude 9 earthquake stuck on March 11, 2011, 58 aftershocks of magnitude 6 or greater have rattled Japan, said the U.S. Geological Survey. One of the stronger aftershocks to date, a magnitude 7.1 quake, hit on April 7, 2011, at 11:32 p.m. local time, killing four and injuring 141, according to Japanese news reports. Though a warning was issued, the earthquake did not cause a tsunami.

This map shows the location of the April 7 aftershock in relation to the large March 11 quake. The earthquake occurred 40 kilometers east of the Oshika Peninsula at a depth of 66 kilometers along a thrust/reverse fault. It is the third largest aftershock since the March 11 earthquake. The two larger aftershocks were magnitude 7.7 and 7.9, and both occurred on March 11.