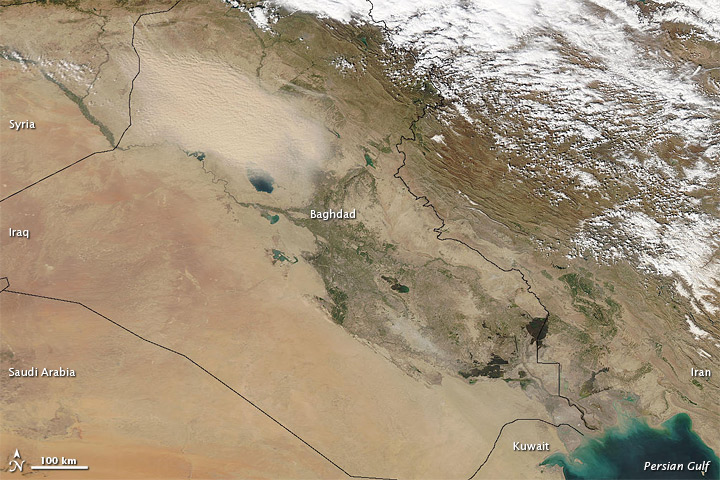 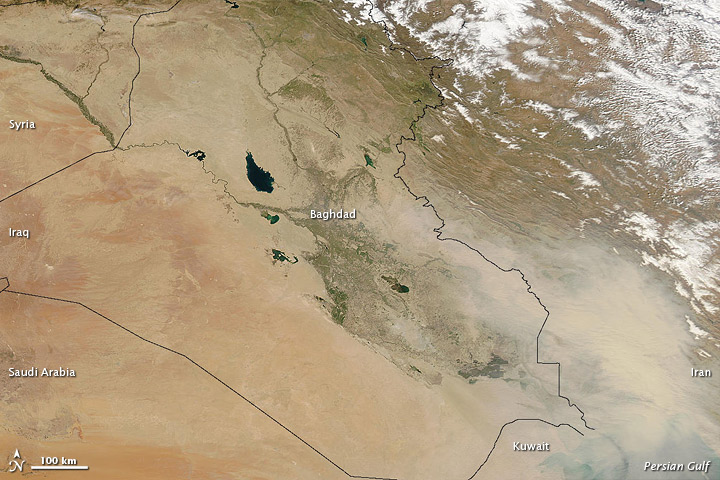 Sandy deserts, impermanent lakes, and riverbed sediments provide plentiful material for dust storms in Iraq. The dust often blows toward the southeast, spreading into Iran or traveling over the Persian Gulf. In early March 2011, the Moderate Resolution Imaging Spectroradiometer (MODIS) on NASA’s Aqua satellite captured the progression of one such storm.

The top image, from March 3, 2011, shows the storm in its early stages as dust rises from discrete points along the Iraq-Syria border. Spanning more than 100 kilometers, the plume is thick enough to completely hide the land surface below. The dust stops short of Baghdad, however, and skies southeast of the city are clear.

The bottom image shows the dust storm on March 4, 2011 after the dust has traveled toward the east-southeast. On this day, skies are clear northwest of Baghdad. A thick plume of dust, however, hovers over the Iraq-Iran border, and obscures the coastline of the Persian Gulf. Dust also fills the skies over Kuwait.

Dust storms are common in Iraq, and frequently spread to neighboring countries, including Saudi Arabia and Iran.