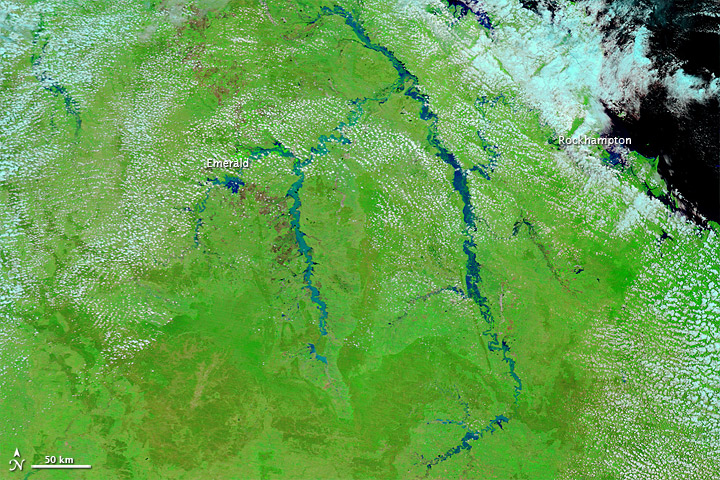 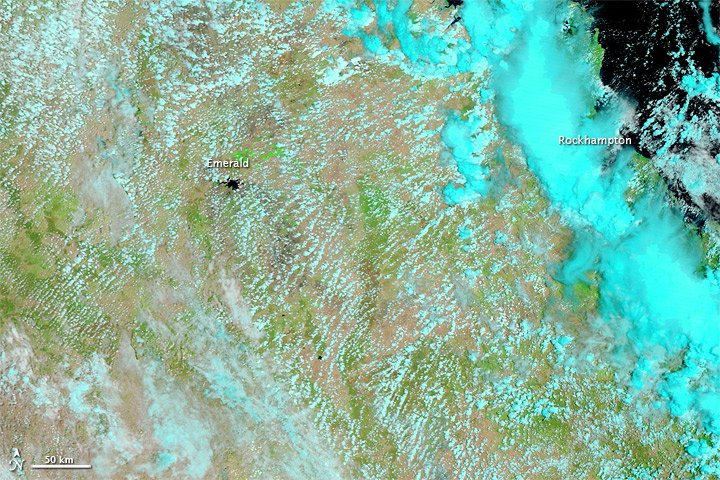 More than 200,000 Australians were affected by floods in Queensland at the end of December 2010, according to The New York Times. High waters washed out roads, isolated entire towns, and forced thousands to evacuate. The coastal city of Rockhampton braced for major flooding, which was expected to arrive on New Year’s Day. The flooding began a week earlier with the arrival of Tropical Storm Tasha.

The Moderate Resolution Imaging Spectroradiometer (MODIS) on NASA’s Terra satellite captured these false-color images on December 31, 2010 (top), and December 28, 2009 (bottom). Both images use a combination of infrared and visible light to increase the contrast between water and land. Water ranges from electric blue to navy. Clouds range from off-white to bright blue-green. Vegetation is bright green. Bare ground appears in shades of red and pinkish brown.

Compared to the image acquired a year earlier, the rivers between Rockhampton and Emerald are all swollen. Water has not only filled frequently dry river valleys, but also pushed over river banks in some places.