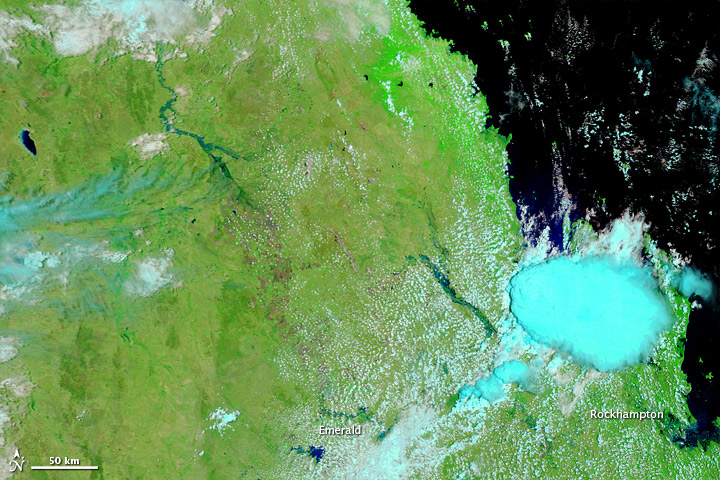 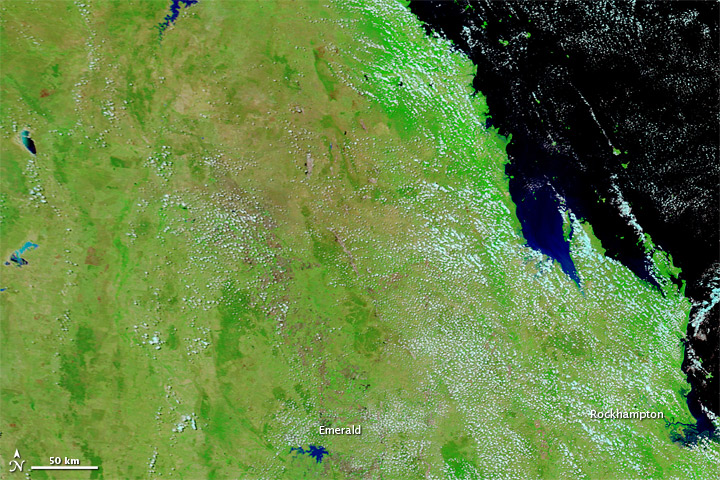 The Moderate Resolution Imaging Spectroradiometer (MODIS) on NASA’s Terra satellite captured these false-color images on December 6, 2010 (top), and November 6, 2010 (bottom). Both images use a combination of infrared and visible light to increase the contrast between water and land. Water ranges in color from electric blue to navy. Clouds range from off-white to bright blue-green. Vegetation is bright green. Bare ground appears in shades of brick red and pinkish brown.

In early December 2010, water fills what had been dry river channels a month earlier. The freshly filled riverbeds appear northwest of the city of Rockhampton, and run roughly northwest-southeast. Although partially hidden by clouds, higher water levels are also visible around the city of Emerald. Flooding in December 2010 had the potential to match flooding experienced in 2008, according to local news reports.