The island of Madagascar has one of the highest concentrations of unique species in the world.  The island is also experiencing rapid change due to increasing human population pressures. For the past 18 years, Chris Raxworthy, the Curator-in-Charge of the Herpetology Department (amphibians and reptiles) at the American Museum of Natural History in New York, has been mapping what species live where on the island to help planners target the best areas for conservation. He is particularly interested in Madagascar’s chameleons.

The maps above show the results of computer model predictions of the ranges of 11 species of chameleon found on Madagascar. Raxworthy and his colleagues have been developing predicitive models that are based on a combination of satellite observations of environmental characteristics—such as land cover from NASA’s Moderate Resolution Imaging Spectroradiometer and topography from the Shuttle Radar Topography Mission—and museum records of locations where biologists and naturalists have spotted different chameleons over the years.

The scientists used a computer program that generated a hundred possible species-range models for each of eleven chameleon species found on the island. These maps show the predictions of the 10 best models for each species, laid over top of one another.  The shading indicates where the model predicted the species would be found. Darker shading indicates greater agreement among the models.

The scientists were initially surprised that for four species, the models predicted that the species lived in areas where no specimens had ever been documented before (bottom row, colored ovals). For example, models predicted that the range of both Furcifer verrucosus and Brookesia stumpffi (bottom row, first and second maps from right) would include the northeastern shore of the island (purple ovals), even though scientists suspected otherwise. The scientists eventually discovered that far from being a mistake, these overlapping “over-predicted” areas actually pointed to locations where new species of chameleon were likely to be discovered. For more details, read Uncovering Chameleons. 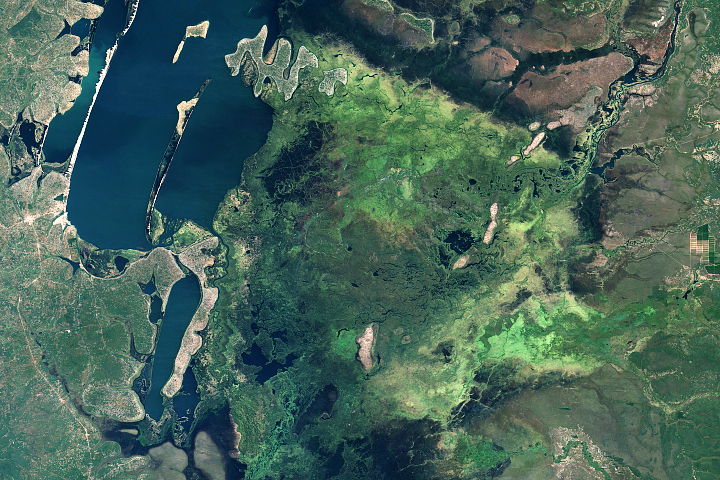