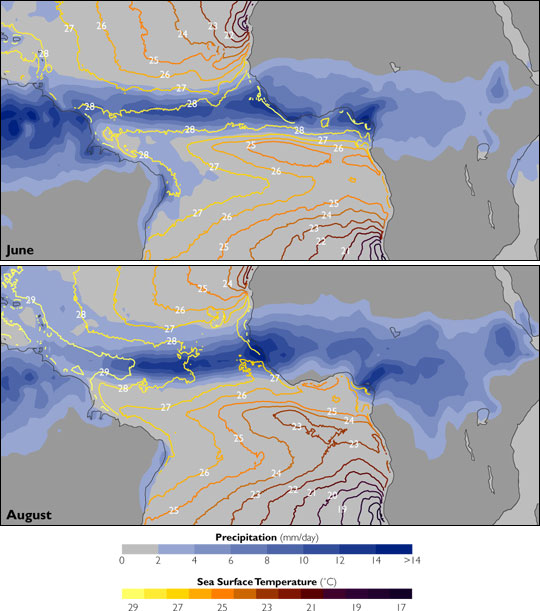 The maps above were derived using data collected by NASA’s Tropical Rainfall Measuring Mission (TRMM). The images compare average conditions across the tropical Atlantic, from Africa (right) to South America (left), for the months of June and August from 1998-2003. The images show monthly average precipitation (blue shades) and sea surface temperature (orange and brown contour lines)—both measures collected by TRMM sensors. The data suggest that whereas the June monsoon is influenced mainly by sea surface temperatures off the coast of West Africa, the August event is driven by easterly atmospheric waves generated over the African landmass.

These findings are published in recent issues of the Journal of Geophysical Research and the Journal of Climate. Read the NASA press release entitled Researchers Seeing Double on African Monsoons for more details.