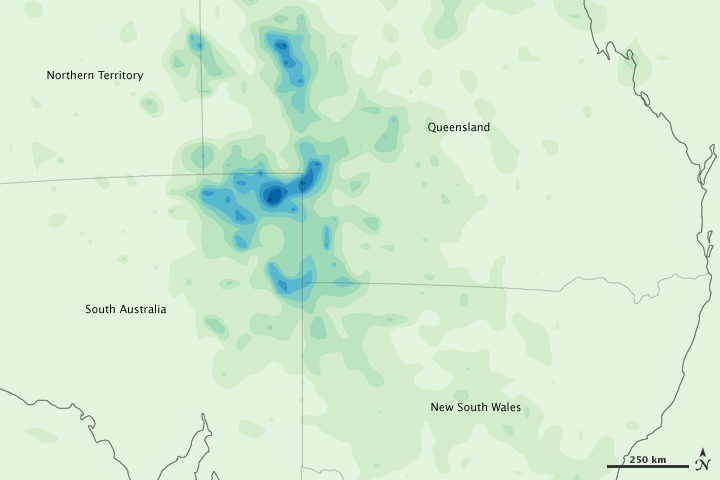 Heavy rains caused flash floods along parts of the New South Wales coast in mid-February 2010, according to news reports. Satellite-based measurements of rainfall during the second week of February, however, documented higher rainfall amounts over the country’s sparsely populated interior than over the coast.

This color-coded image shows total rainfall amounts from February 7–13, 2010. Light green indicates the lightest amounts (less than 50 millimeters, or 2 inches). Dark blue indicates the heaviest amounts (more than 450 millimeters, or 18 inches). Although areas of moderate rainfall extend throughout Queensland and New South Wales, the heaviest amounts appear in the northeastern corner of South Australia and along its borders with adjacent states.