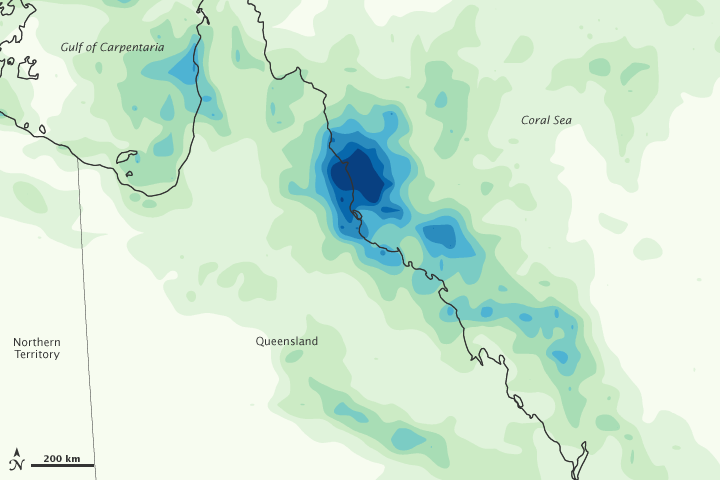 Heavy rains, some associated with Tropical Storm Tasha, battered the Queensland coast of Australia in late December 2010. Tasha came ashore on December 25, 2010, just south of Cairns, according to the Herald Sun. As Tasha abated, a second low-pressure system formed off the coast, promising more precipitation. Forecasters expected heavy rain for several more days in almost every major Queensland town. Eighteen rivers were on flood watch throughout the state as of December 27.

The Herald Sun reported that while eastern Australia flooded, the western part of the country sweltered, with some areas experiencing temperatures of more than 38 degrees Celsius (100 degrees Fahrenheit).