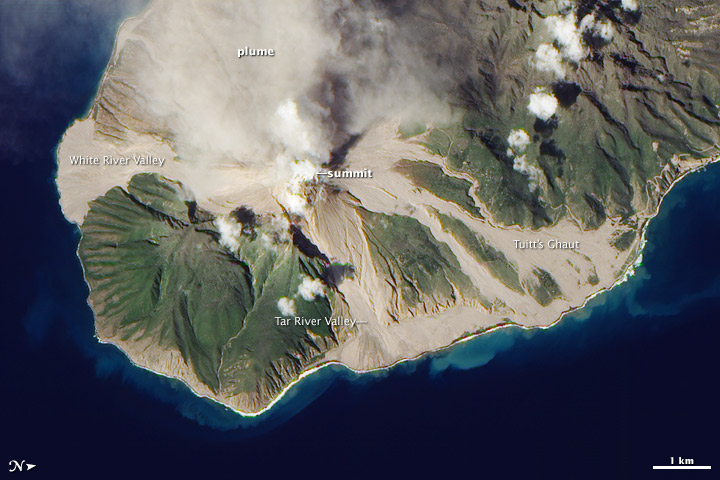 In the waning days of 2009 and the first days of 2010, the lava dome on the summit of Soufrière Hills Volcano continued to grow rapidly. As the dome rises, rocks and debris can break off, cascading down the river valleys and gullies that radiate from the summit. These pyroclastic flows are among the major hazards created by Soufrière Hills.

This natural-color satellite image shows the major drainages on the southern and eastern sides of Soufrière Hills. Tan deposits from volcanic flows fill the valleys, the product of almost 15 years of intermittent activity at the volcano. Green vegetation survives on ridges between valleys. The Advanced Land Imager (ALI) aboard NASA’s Earth Observing-1 (EO-1) satellite acquired the image on December 29, 2009.

A massive eruption of Montserrat’s Soufrière Hills Volcano covered large portions of the island in debris in mid-February 2010.