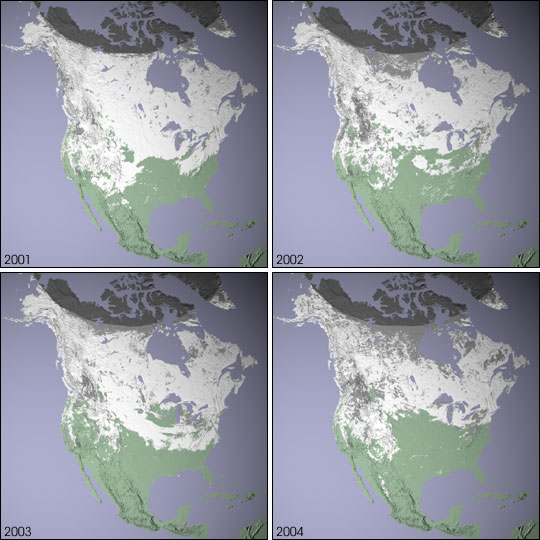 The four snow maps shown above were derived using data from the Moderate Resolution Imaging Spectroradiometer (MODIS), flying aboard NASA’s Terra satellite. Each map represents maximum snow cover in North America during the same 8-day period in each of four consecutive years (2001-04). White regions represent snow cover, green shows land areas not covered by snow, and blue is water. The light gray patches are areas where no data were collected due to persistent cloud cover and the dark gray semi-circle at the top of the image shows where no data were available due to the polar night. Though this 8-day period (January 17-24) is not necessarily representative of the entire winter, the maps reveal there can be large year-to-year changes in snow cover.