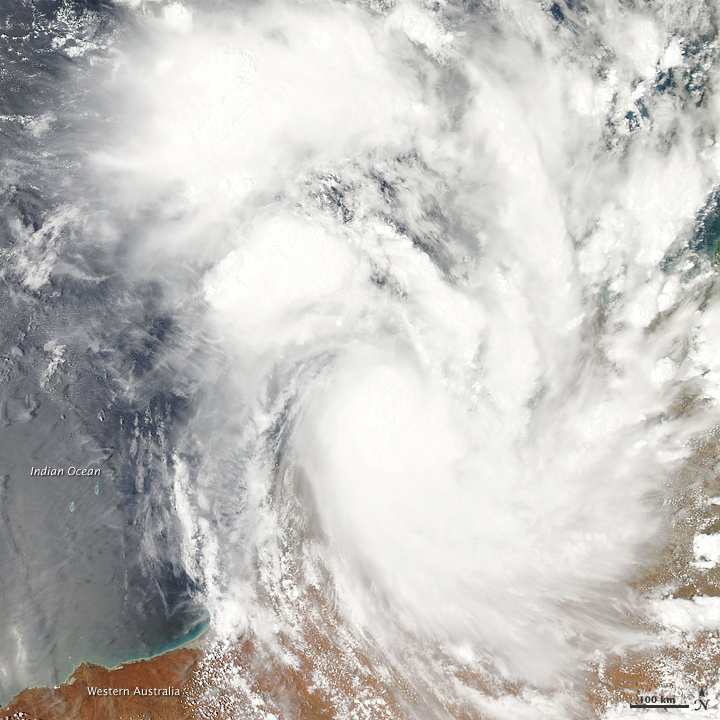 At 11:55 p.m. Western Australia time on December 16, 2009, the Australian Bureau of Meteorology issued a top-priority storm alert for Tropical Cyclone Laurence, raging off the northwestern coast of Australia. The Bureau of Meteorology reported that the storm was roughly 30 nautical miles (55 kilometers) southeast of Cockatoo Island, and 55 nautical miles (100 kilometers) north-northeast of Derby. The bureau warned that hurricane-force winds would likely occur within 15 nautical miles (28 kilometers) of the storm’s center. The same day, the U.S. Navy’s Joint Typhoon Warning Center reported that Laurence had maximum sustained winds of 90 knots (165 kilometers per hour), with gusts up to 110 knots (205 kilometers per hour).

Bloomberg reported that the part of Australia where Laurence was projected to make landfall was a sparsely populated region, but the storm—the first cyclone of the season for Australia—had the potential to affect oil and gas production off the country’s northwest coast.