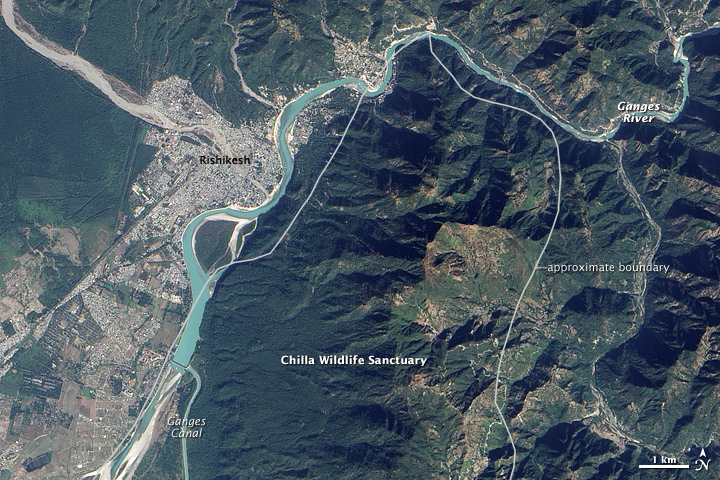 As it descends from the Siwalik Range in the Himalaya onto the plains of northern India, the Ganges River passes through the city of Rishikesh, an ancient site of Hindu pilgrimage. The river also passes through the Rajaji National Park, a network of wildlife sanctuaries covering some 820 square kilometers (320 square miles).

On November 27, 2009, the Advanced Land Imager (ALI) on NASA’s Earth Observing-1 (EO-1) satellite captured this true-color image of the Ganges flowing through the eastern portion of Rajaji National Park, as well as the northern reaches of Rishikesh. As it passes through the city, the river appears to widen and curve a little more than it does in the nearby hills. East of the city, a canal diverts some of the river’s water (image lower left).