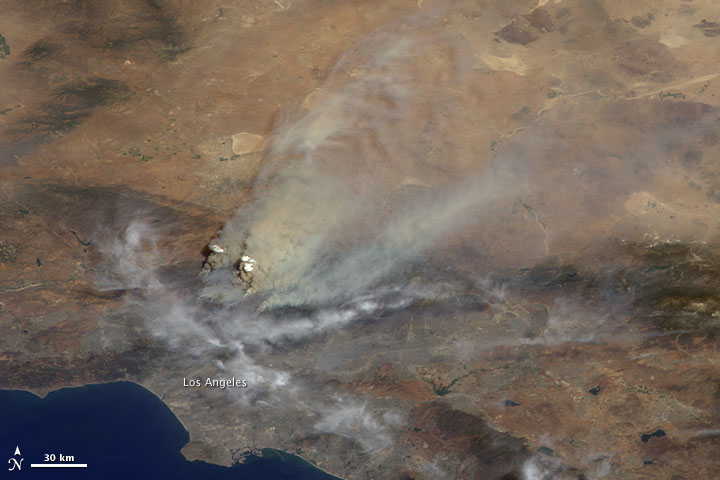 On August 30, 2009, the Station Fire was aggressively spreading north of the city of Los Angeles. The northward-viewing camera of the Multi-Angle Imaging SpectroRadiometer (MISR) on NASA’s Terra satellite captured this image of the fire mid-morning on August 30. Heat, drought, and dense, dry underbrush all contributed to the Station Fire’s rapid spread.

Besides smoke plumes that blow toward the northeast, the fire has spawned pyrocumulus clouds—tall, pillowy clouds with well-defined borders. Pyrocumulus clouds are similar to regular cumulus clouds, but the heat that forces the air to rise (which leads to cooling and condensation of water vapor) comes from the fire instead of sun-warmed ground. The clouds appear as opaque white patches hovering over the smoke.

Acquired August 30, 2009, this true-color image shows smoke plumes and pyrocumulus clouds spawned by the Station Fire north of the city of Los Angeles.