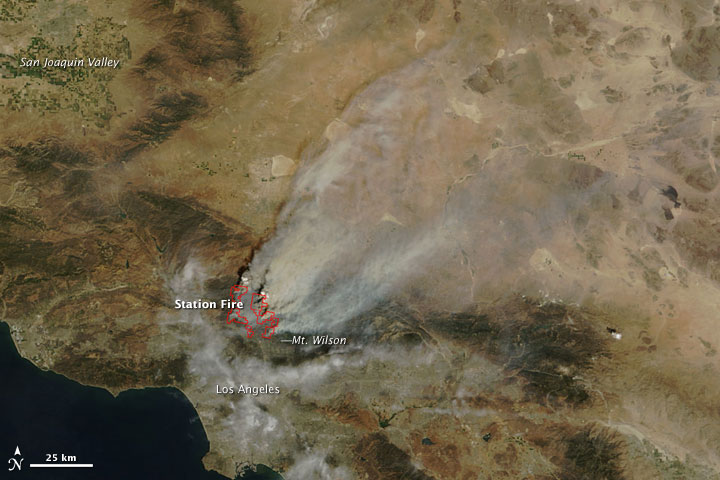 The Moderate Resolution Imaging Spectroradiometer (MODIS) on NASA’s Terra satellite captured this true-color image around 11:45 a.m. local time (18:45 UTC) on August 30, 2009. Red outlines indicate hotspots of anomalously high surface temperatures associated with wildfires. In this image, the hotspots remain west of Mt. Wilson. The site of critical communication centers, Mt. Wilson had not burned but was threatened by the fire as of August 31, according to the Los Angeles Times. Smoke from the fire blows toward the northeast in this image. Clouds, perhaps mixed with some smoke, linger over Los Angeles.