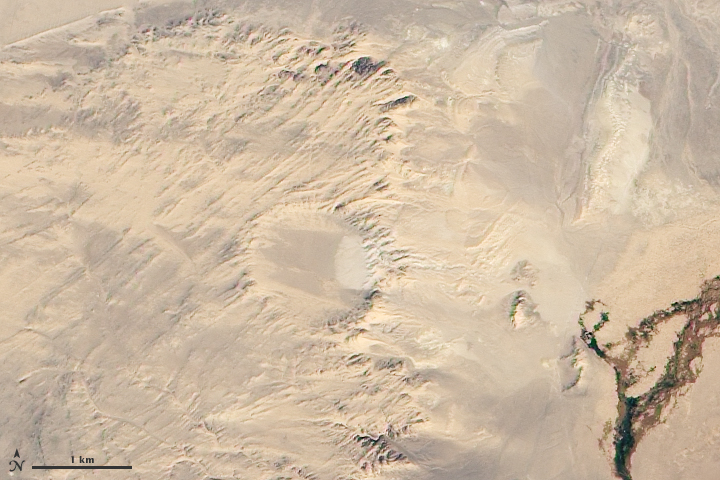 In southeastern Mongolia, roughly halfway between Ulaanbaatar and Beijing, lies an ancient crater. Tabun Khara Obo (sometimes spelled with hyphens) was first identified as a probable impact crater in 1976, although confirmation of the hypothesis only occurred decades later. Drilling at the site in 2008 revealed rock features consistent with high-speed impacts such as those caused by meteorites.

The Advanced Land Imager (ALI) on NASA’s Earth Observing-1 (EO-1) satellite acquired this true-color image on August 28, 2009. Sunlight shines from the southeast, leaving the northern and western slopes in shadow. The crater’s rim rises some 20 to 30 meters (65 to 100 feet) above the crater bottom. The crater occurs on a block of Proterzoic rock more than 600 million years old, but the crater’s age—which may be considerably younger—has not yet been identified.

The dark, irregularly shaped area in the lower right corner of the image results from vegetation, likely occurring along a river channel. For the most part, the scene shows an earth-toned, arid landscape.

Acquired on August 28, 2009, this true-color image shows the Tabun Khara Obo in southeastern Mongolia. Sunlight shines from the southeast, leaving the crater’s northern and western slopes in shadow. 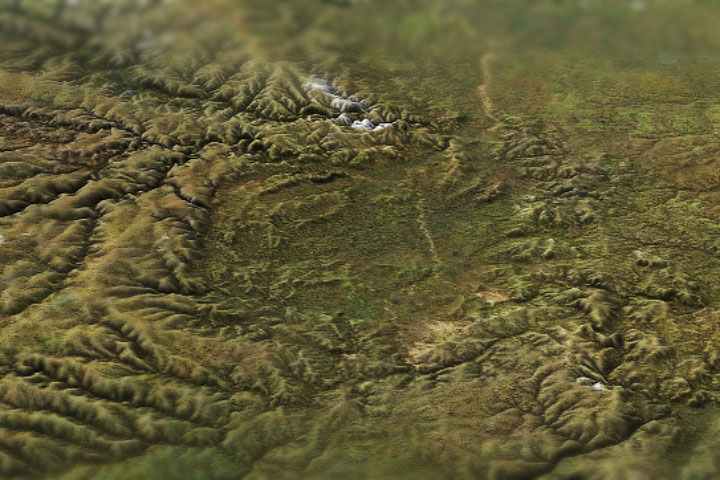