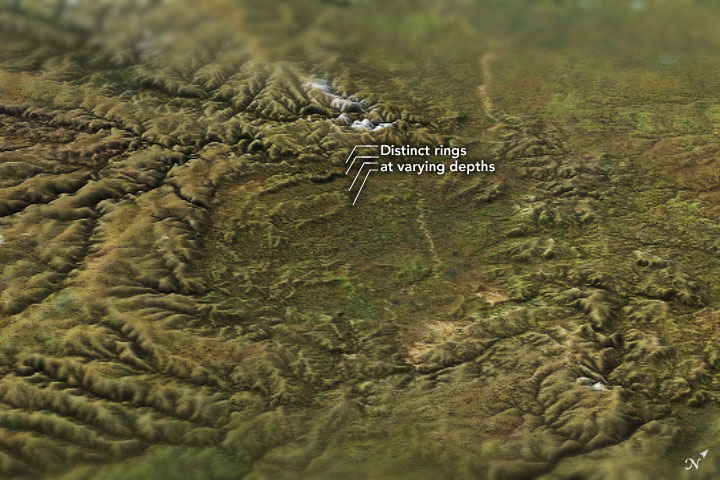 About 36 million years ago, an asteroid slammed into northern Siberia and created one of the largest craters on Earth. Streaking in at an estimated speed of 20 kilometers (12 miles) per second, the asteroid made an impact that ejected millions of metric tons of material into the air. The asteroid—between 5 and 8 kilometers (3 to 5 miles) wide—created a crater nearly 100 kilometers (60 miles) in diameter.

Popigai crater is the fourth largest verified impact crater on Earth, tying the Manicouagan Reservoir in Canada. The three larger craters are either buried (Chicxulub), deformed (Sudbury), or severely eroded and deformed (Vredefort). Popigai has only been slightly modified by erosion, leaving it as one of the most well-preserved craters in the world.

The images on this page show Popigai crater, named for a nearby river. The images were created using Blue Marble data, a cloud-free composite of monthly observations from NASA’s Moderate Resolution Imaging Spectroradiometer (MODIS) observations. The data was draped over an ASTER-derived global digital elevation model, which shows the topography of the area.

Located about 100 kilometers from the Laptev Sea coast, the round depression dives about 150 to 200 meters (500 to 650 feet) below the surrounding land. Geological mapping and field observations show a central depression at the bottom of the crater, surrounded by a peak ring of about 45 kilometers (30 miles) wide. The ring gradually passes outwards into a ring-shaped trough, which is surrounded by a flat annular terrace. 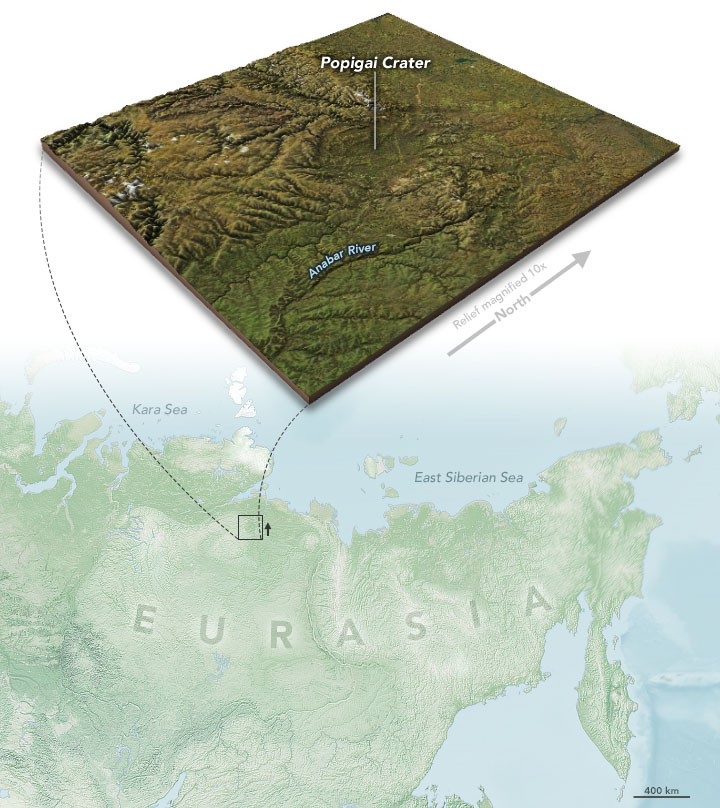 The crater sits on the northeastern margin of the Anabar shield, which contains a mix of graphite-bearing rocks and sedimentary rocks. The impact from the asteroid melted 1,750 cubic kilometers (420 cubic miles) of rocks and instantly transformed the flakes of graphite into diamonds. Diamonds formed in a hemispherical shell about 1.6 kilometers (a mile) thick and about 12 to 13 kilometers away from the impact site. Scientists estimate that diamonds did not form at the impact site because the collision’s heat and pressure were likely too great to survive there.

Popigai crater is the site of one of the largest diamond fields in the world today, estimated to contain "trillions of carats." Because they were formed instantly, the “impact diamonds” did not have time to develop as large, single gemstones. Most are polycrystalline stones smaller than two millimeters and with low purity, making them better for industrial uses than for jewelry. 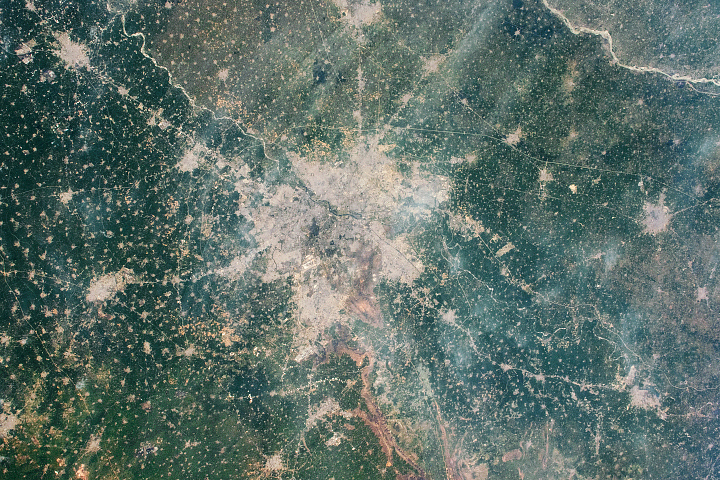