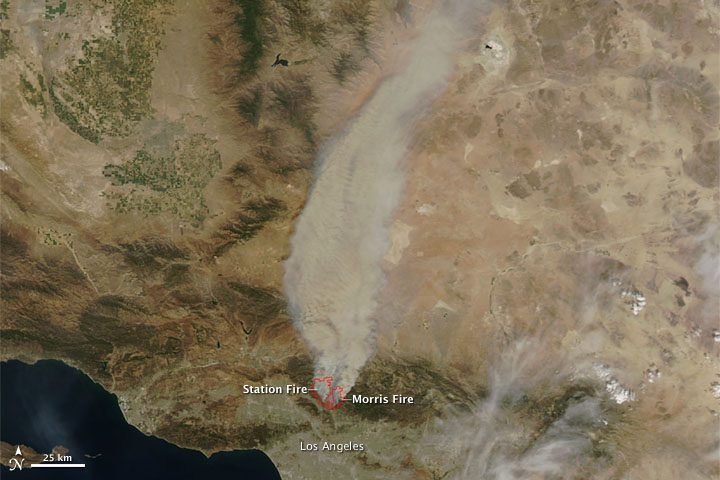 Smoke from both fires blows northward from the flames, away from the metropolis of Los Angeles, and east of the deep green agricultural fields of California’s Central Valley.

Acquired on the afternoon August 29, 2009, this image shows fires burning north of the city of Los Angeles. Hotspots associated with the fire correspond with the Station and Morris fires described by the California Department of Forestry and Fire Protection.