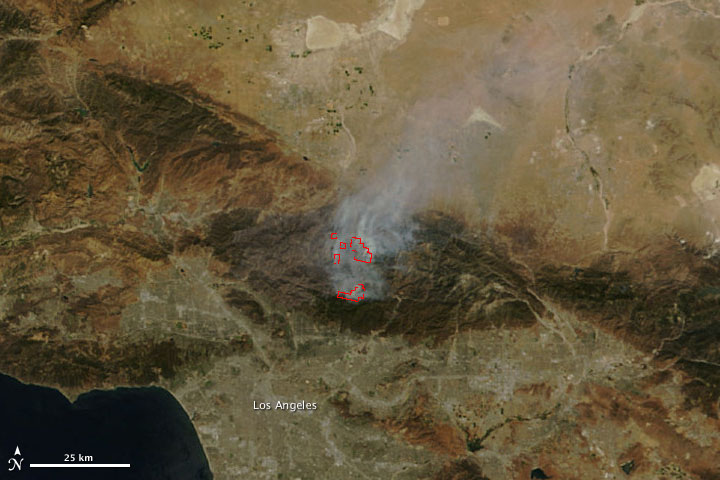 By September 5, 2009, the Station Fire in Los Angeles County was 49 percent contained, according to a report from California’s Department of Forestry and Fire Protection. By that time, the fire had burned 154,655 acres (625 square kilometers), and completely destroyed 76 homes, 2 commercial properties, and 86 other buildings. The fire had damaged 13 homes, 1 commercial property, and 18 other structures.

The Moderate Resolution Imaging Spectroradiometer (MODIS) on NASA’s Terra satellite captured this true-color image on September 6, 2009. Compared to earlier images of the fire, the smoke is greatly diminished, and actively burning areas—indicated by red outlines—are relatively small and scattered.