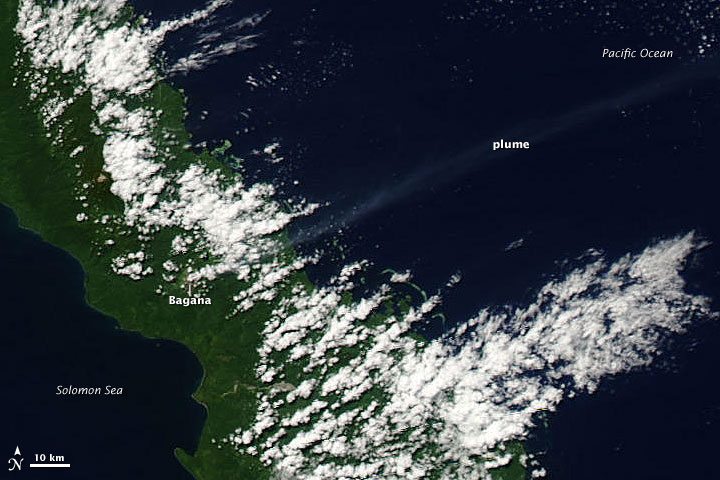 The same day that Rabaul Volcano released a plume, Bagana Volcano, roughly 400 kilometers (250 miles) to the southeast, on the island of Bougainville, also sent a plume of ash and/or steam toward the northeast. The Moderate Resolution Imaging Spectroradiometer (MODIS) on NASA’s Aqua satellite took this picture on August 9, 2009. The volcanic plume is faint in this true-color image, and the volcano’s summit is obscured by clouds, but the plume clearly blows away from Bougainville and over the Pacific Ocean.

Bagana is a lava cone that reaches an altitude of 1,750 meters (5,741 feet) above sea level. Volcanic activity at Banaga is frequent but non-explosive, usually producing lava that fills a lake at the volcano’s summit. Hardened lava flows also appear on the volcano’s flanks.