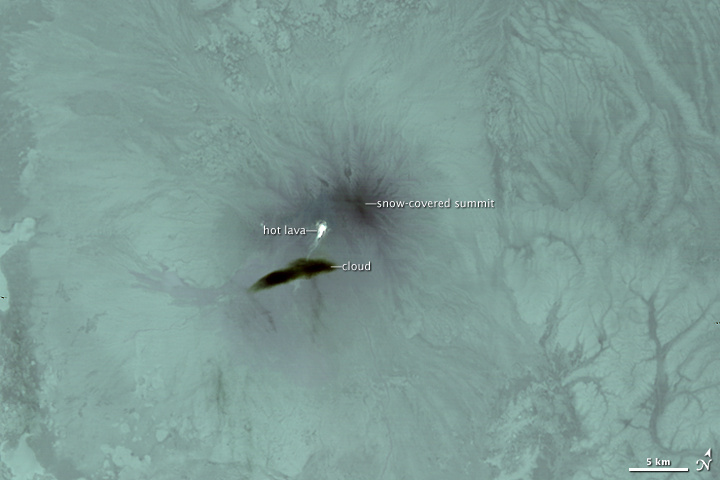 Shiveluch Volcano on Russia’s Kamchatka Peninsula produced a small lava flow as a cloud floated overhead on July 21, 2009. The Advanced Spaceborne Thermal Emission and Reflection Radiometer (ASTER) flying onboard NASA’s Terra satellite captured this nighttime image of the volcano on the same date.

This false-color image is based on thermal infrared observations, and the lighter the color, the warmer the object. As a result, the snow-covered summit appears dark compared to the surrounding landscape, and the cloud overhead appears nearly black. The small lava flow appears white, testifying to the heat of the fresh lava.

Shiveluch (or Sheveluch) Volcano is a stratovolcano composed of alternating layers of ash, lava, and rocks from earlier eruptions. It rises to a height of 3,283 meters (10,771 feet) and ranks among Kamchatka’s biggest and most restless volcanoes.