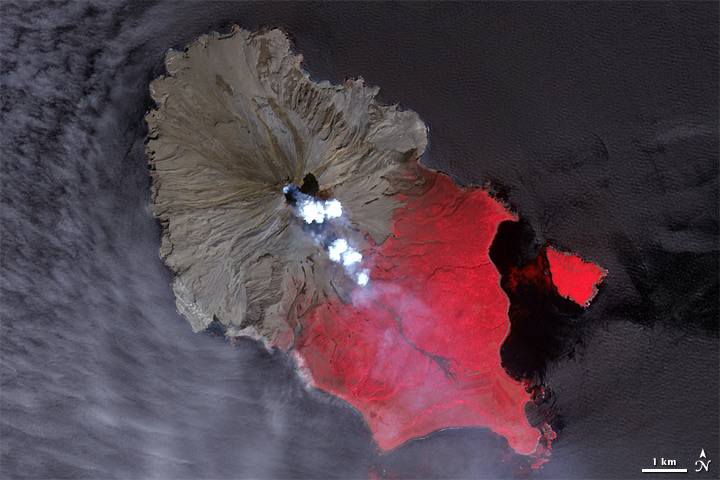 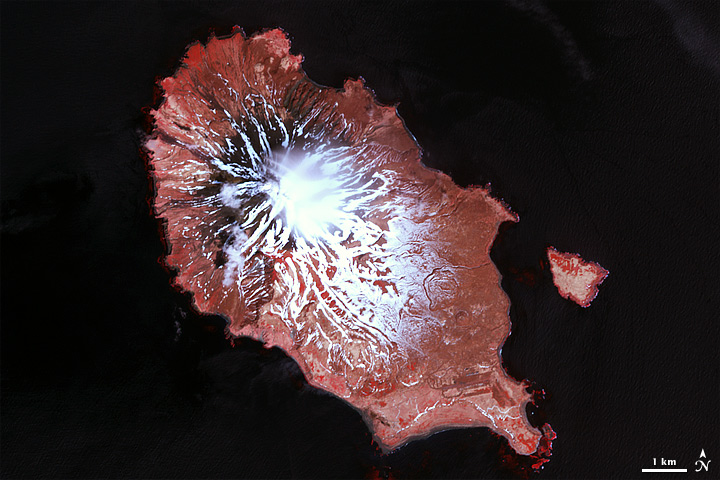 On June 12, 2009, Sarychev Peak on the Kuril Islands’ Ostrov Matua experienced a spectacular eruption. The event left behind a changed island. Acquired by the Advanced Spaceborne Thermal Emission and Reflection Radiometer (ASTER) on NASA’s Terra satellite, these images of Ostrov Matua show the island shortly after the eruption on June 30, 2009 (top), and two years before on May 26, 2007 (bottom).

Another difference between the images relates to snow cover. In the image from May 2007, snow spreads over much of the island, although the snow alternates with snow-free ground. The vegetation is pinkish-gray, suggesting the spring thaw is still underway. The complete lack of snow in 2009 may result from a combination of a difference in season and volcanic activity having melted or covered any lingering snow.