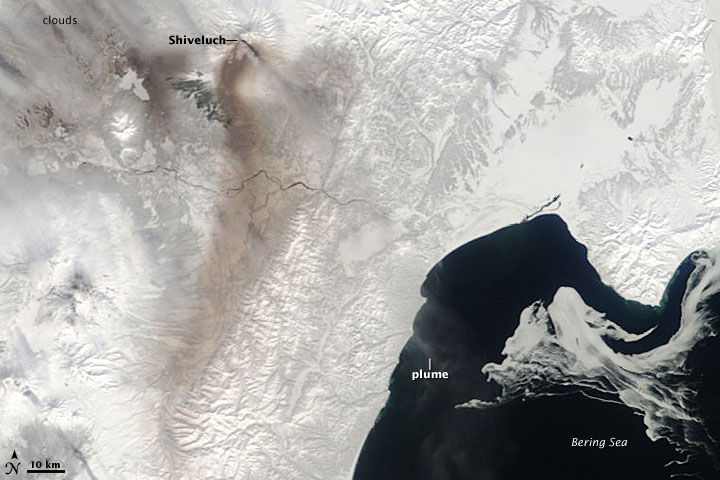 Shiveluch emits a faint plume that blows southeastward toward the Bering Sea. The plume likely consists of a combination of volcanic ash and steam. South and west of the volcano’s summit, volcanic ash has stained the snowy surface brown.

Northwest of the volcano, clouds streak the sky, apparently blown by the same winds that move the volcanic plume. The ghostly shape in the Bering Sea is sea ice. Winds and currents have moved this thin ice along the Kamchatka coastline.

Shiveluch is a stratovolcano—a steep-sloped volcano composed of alternating layers of hardened lava, solidified ash, and rocks thrown out by earlier eruptions. This volcano ranks among Kamchatka’s largest and most active.