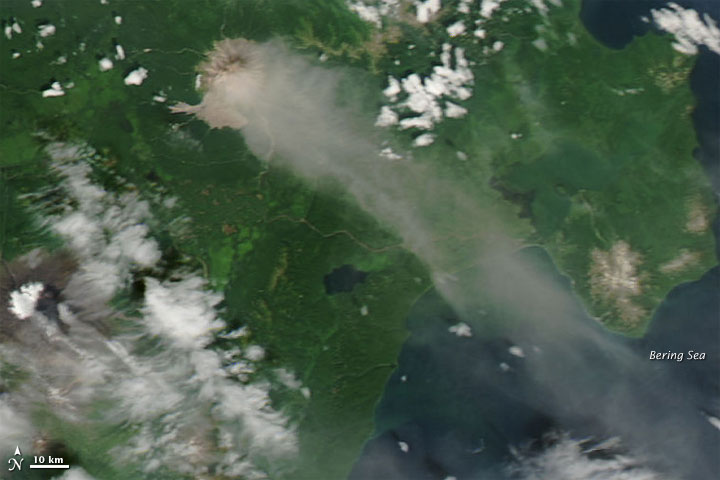 The Moderate Resolution Imaging Spectroradiometer (MODIS) on NASA’s Aqua satellite captured this true-color image of Shiveluch on August 3, 2009. The volcanic plume blows away from the summit, crossing the coastline and fanning out over the Bering Sea. The plume’s relatively dark color compared to nearby clouds suggests that the plume contains volcanic ash as well as water vapor.

Shiveluch (also spelled Sheveluch) is a stratovolcano—a steep-sloped volcano composed of alternating layers of solidified ash, hardened lava, and volcanic rocks. One of Kamchatka’s largest volcanoes, it sports a summit reaching 3,283 meters (10,771 feet). Shiveluch is also one of the peninsula’s most active volcanoes, with an estimated 60 substantial eruptions in the past 10,000 years.