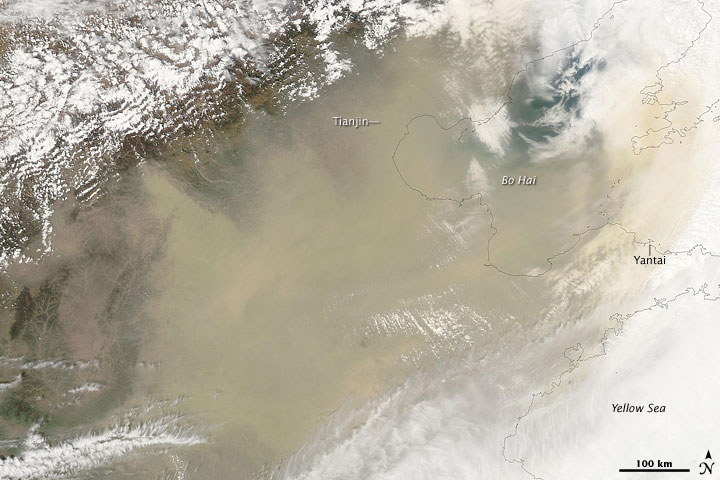 Yellow dust and clouds mingled over eastern China on April 24, 2009. The Moderate Resolution Imaging Spectroradiometer (MODIS) on NASA’s Terra satellite captured this true-color image the same day. Dust plumes completely obscure the lowlands west of Bo Hai, and thinner dust plumes mix with clouds over the ocean. In the west, skies over the mountains appear largely dust-free, but cloudy.

In the days preceding this storm, dust plumes blew eastward out of the Taklimakan Desert. Dust storms also struck north and northwestern China on April 23-24, according to news reports. The China Meteorological Administration described the dust storm in northern China as the nation’s most wide-ranging storm so far in 2009.