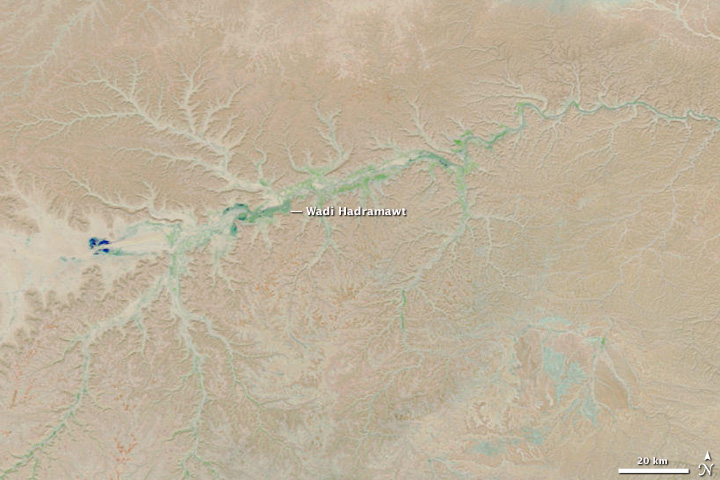 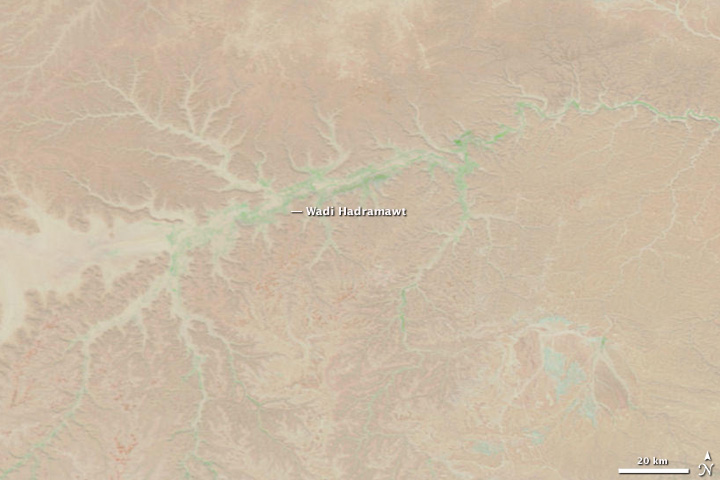 This infrared-enhanced image shows flooding along the Wadi Hadramawt and the waterways that flow into it. The most severe flood damage was in cities along this important wadi. In the lower image, taken a little more than a week before the storm hit, the only sign of water is the faint hint of green vegetation along the Wadi Hadramawt. Water is blue in this type of image, so the green is likely sparse vegetation.

By October 30, top, pools of blue marked the Wadi Hadramawt. The traces of turquoise that line the wadi are probably water-soaked sand or mud. The landscape around the wadi resembles veins in a leaf, with large tributaries and tiny channels branching off the main channel of the wadi. This pattern suggests that although Yemen receives little rain, water has played a significant role in shaping the land.

Devastating flooding swept across eastern Yemen in the wake of heavy rains from Tropical Storm Three.