The Human Footprint is a quantitative analysis of human influence across the globe. In this map, human impact is rated on a scale of 0 (minimum) to 100 (maximum) for each terrestrial biome. A score of 1 indicates the least human influence in the given biome. However, because each biome has its own independent scale, a score of 1 in a tropical rainforest might reflect a different level of human activity than in a broadleaf forest.

Although increased human population often leads to sharper species and ecosystem declines, the researchers found that land transformation probably poses the single greatest threat to biodiversity, resulting in habitat loss and/or fragmentation. The authors also found that increased human access through roads, rivers, and coastlines can lead to more pollution and invasive species. Both human access and land transformation have been fueled by increased access to fossil fuel and electrical power.

Completion of the human footprint map marks major progress in conservation efforts. A remote sensing researcher remarked, “Each of the supporting data sets used to map the human footprint represents an enormous investment by scientists in that discipline. By bringing those data sets together, the human footprint gives an interesting overview of the regions on Earth where humans have the greatest and the least presence.”

For more information and additional maps, read The Human Footprint. 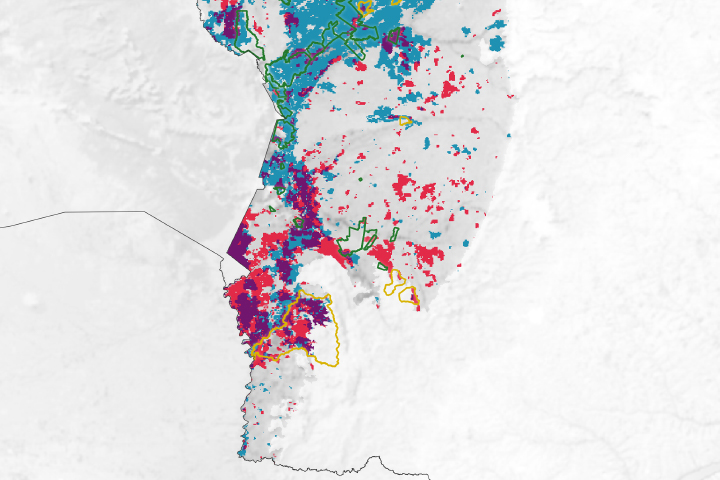