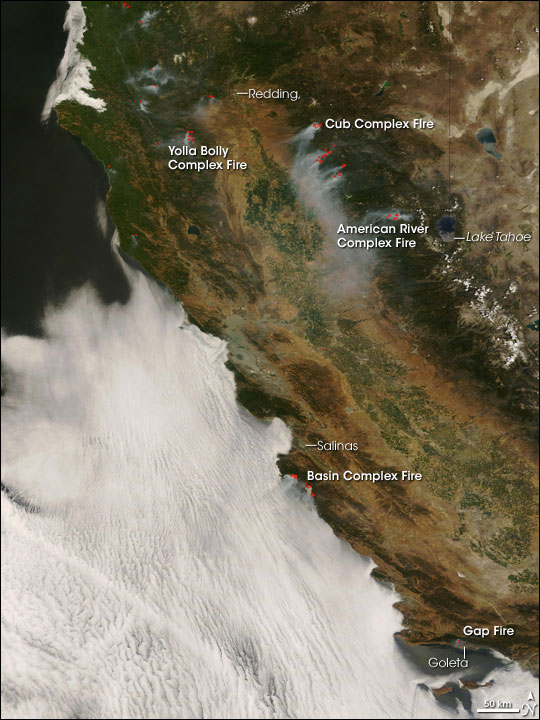 Dozens of uncontained fires continued to burn in California in the first week of July 2008. The fires, most of them started by an intense lightning storm in the first week of summer, were threatening residences, cultural resources, and utility infrastructure, such as power lines. This image of the state was captured by the Moderate Resolution Imaging Spectroradiometer (MODIS) on NASA’s Terra satellite on July 6, 2008. Places where MODIS detected active fires are marked in red. A few of the larger fires and fire complexes are labeled. Among the largest and most active fires in the state was the Basin Complex Fire near Big Sur (south of Salinas). That blaze was 74,985 acres in size, having grown 3,700 acres in the previous 24 hours. It was only about 11 percent contained, according to the July 7 morning report from the National Interagency Fire Center.