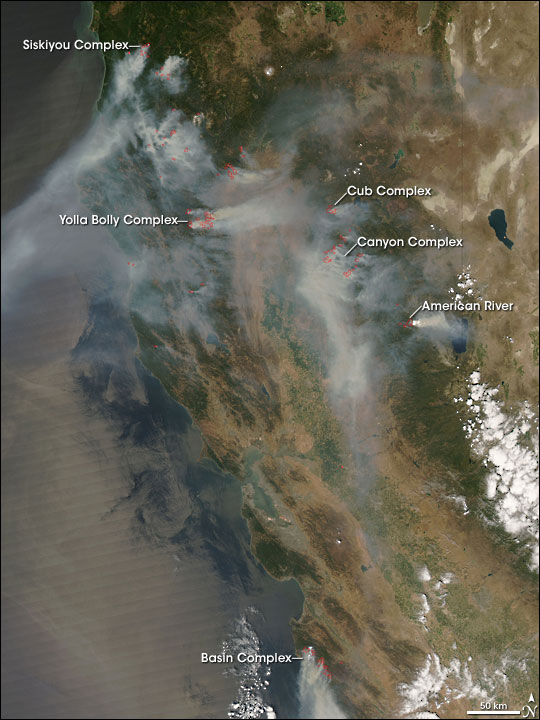 Dozens of uncontained fires continued to burn in California in the first week of July 2008. The fires, most of them started by an intense lightning storm in the first week of summer, were threatening residences, cultural resources, and utility infrastructure, such as power lines. This image of the state was captured by the Moderate Resolution Imaging Spectroradiometer (MODIS) on NASA’s Aqua satellite on July 9, 2008. Places where MODIS detected active fires are marked in red.

According to the July 10 morning report from the National Interagency Fire Center, among the most active and dangerous fires were the American River Complex, which was spreading via sustained crown runs (through the tops of the trees); the Canyon Complex, which was forcing evacuations in the town of Paradise and areas nearby; and the Basin Complex near Big Sur, which grew more than 4,000 acres in the previous 24 hours.