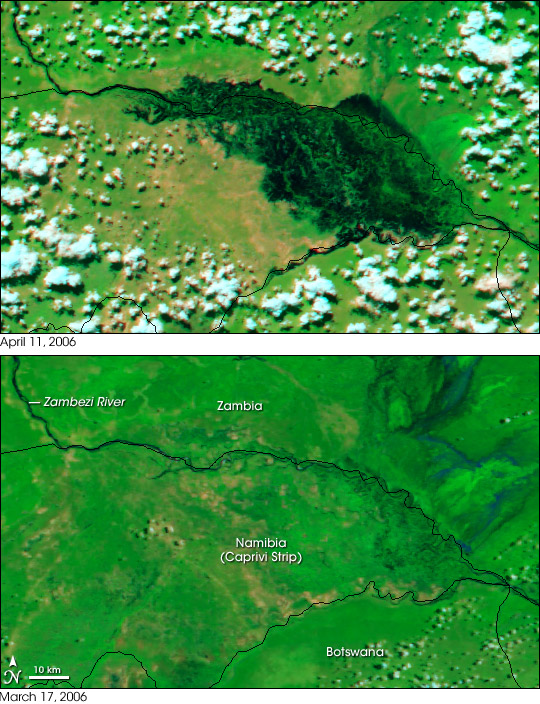 Nearly every April, Africa’s Zambezi River swells with seasonal rain, spreading across its broad flood plain in Angola and Namibia. Some of the people most seriously affected by the regular floods live in Namibia’s Caprivi Strip. As of April 11, 2006, seven settlements in the flood-prone region were surrounded by water, reported the New Era, a Namibian newspaper. The region was clearly flooded in a false-color satellite image taken on April 11 (top), by the Moderate Resolution Imaging Spectroradiometer (MODIS) on NASA’s Aqua satellite. In this image, water is black and dark blue, clouds are pale blue, plant-covered land is green, and bare earth is tan. In the three and a half weeks that passed between the time the top image was acquired and the time the lower image was acquired, the eastern tip of the Caprivi Strip turned into a vast shallow lake. Though the river was still rising, the floods were nowhere near the record-setting levels seen in 2004.