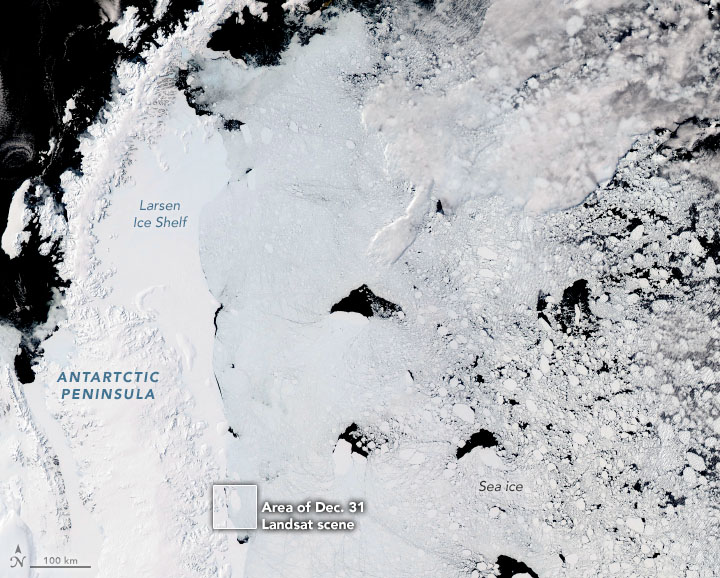 Summer was in full swing in the southern hemisphere when NASA’s Aqua satellite captured this image of the Antarctic Peninsula amid unusually clear skies.

The image was acquired on December 11, 2022, with Aqua’s Moderate Resolution Imaging Spectroradiometer (MODIS). It shows an approximately 1,000-kilometer-long segment of the icy, snowy peninsula that stretches across the Southern Ocean toward South America. To the east of the peninsula is an enormous floating platform of glacial ice known as the Larsen Ice Shelf. To the east of that, sea ice drifts in the Weddell Sea.

At the time, sea ice around the continent was breaking up and melting—a seasonal occurrence that usually begins in September and continues into February. But the decline so far in the 2022-2023 season has been especially steep. According to the National Snow and Ice Data Center, the extent of sea ice around Antarctica at the end of December 2022 was the lowest in 45 years of satellite records. Strong winds and warm air temperatures likely contributed to the fast decline. 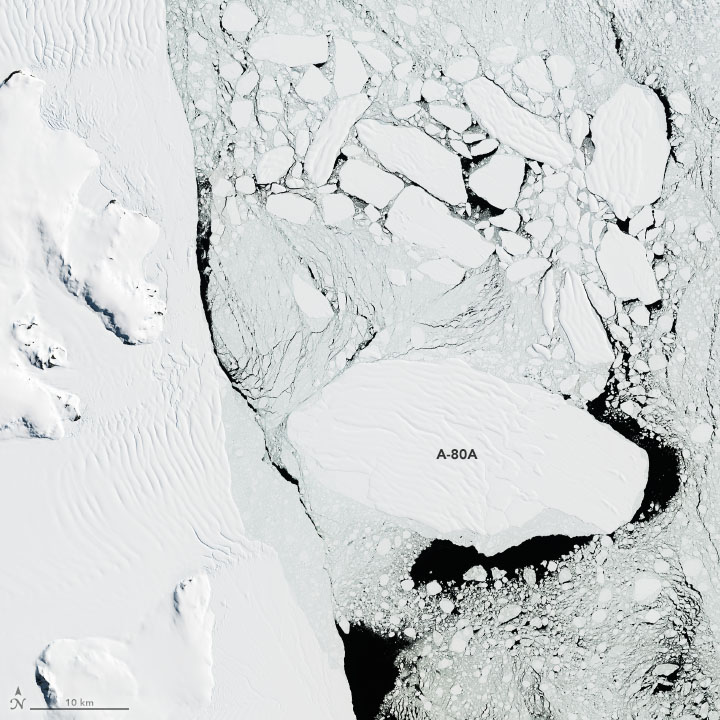 Not all ice drifting in the Weddell formed from sea water; some of the blocky pieces are icebergs that broke off from the Larsen Ice Shelf. The group of icebergs toward the bottom of the image are from ice that first broke from the shelf in late November 2022. The Operational Land Imager-2 (OLI) on Landsat 9 acquired this detailed view of the bergs on December 31, 2022.

Christopher Readinger, an ice analyst at the U.S. National Ice Center (USNIC), used the European Space Agency’s Sentinel-1a satellite to confirm the break on November 27, 2022, and identified several icebergs that were at least 10 nautical miles long—large enough to be named and tracked by the USNIC. Iceberg A-80A was the largest, measuring about 19 kilometers (19 nautical miles) long and 17 kilometers (9 nautical miles) wide. It stayed that size through at least January 6, 2023.

The summer sky was unusually cloud-free when NASA’s Aqua satellite passed over the Antarctic Peninsula. 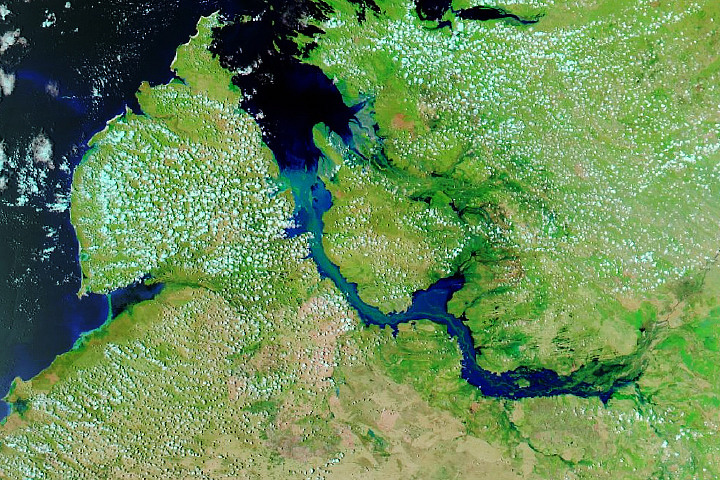 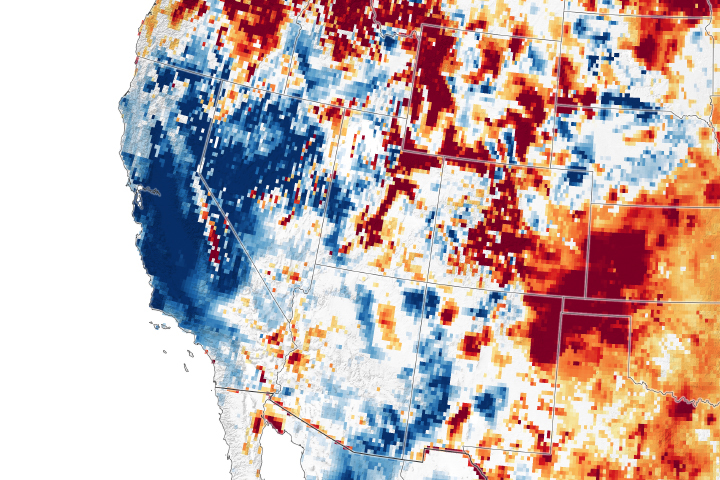 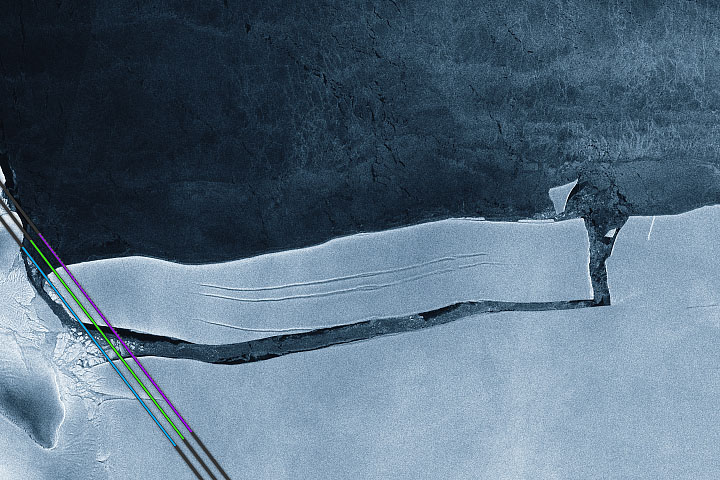 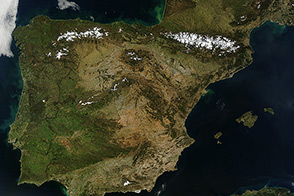 Clear Skies Over the Iberian Peninsula